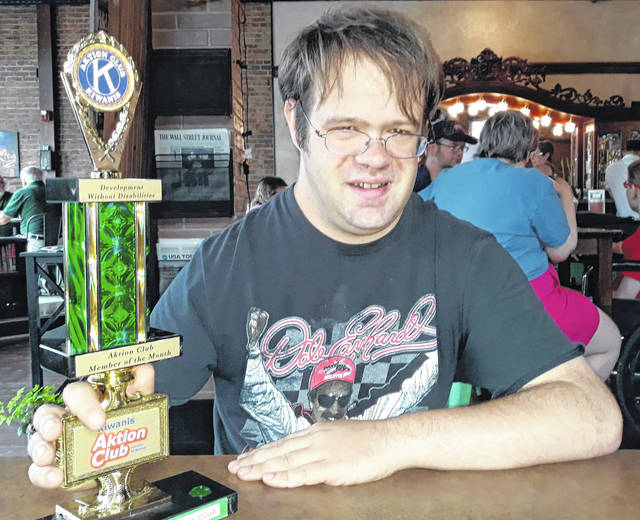 GREENVILLE — Sunny weather always seems to invite friends to gather, enjoy each other’s company, and perhaps a cup of coffee (or two!). This month, members of the Greenville Kiwanis Aktion Club came together with friends from Your Happy Place (Greenville) to celebrate the gift of kindness while looking forward to new service projects ahead.

June’s Aktion Club Member of the Month, William Malashevitz, was “all smiles” as he sat with friends, and commented on how much he enjoys participating in the Aktion Club’s many service projects – especially sorting caps for the Darke County Solid Waste Recycled Bench Program, which has provided over 94 benches (and counting!) throughout Darke County. Aktion Club members, like Malashevitz, collect and sort plastic water, soda and drink bottle caps, which are then dropped off at DCSW to be recycled into the materials to make the benches.

“Sorting is my favorite job,” said Malashevitz. “I really like this project!”

Greenville Aktion Club members, like Malashevitz, are happy that the club’s monthly in-person meetings have finally resumed, along with the scheduled activities, service projects and outings planned for the months ahead. June’s meeting marked the first time club members have met in-person since the COVID shutdowns, which, for the club, lasted over fifteen months.

Greenville Aktion Club members have also continued their ongoing service project to thank various community service organizations and first responders, medical, EMTs, police and fire department personnel, providing refills, thanks and good wishes along the way. Last month, Aktion Club president Lauren Warner presented Pastor Roger Emerson and the Ansonia United Methodist Church a delicious box of Eikenberry’s IGA donuts and fresh coffee (from The Coffee Pot, Greenville), along with a refillable candy dish, compliments of the club. In addition, Aktion Club members thanked members of the Greenville Public Library for their continued support of the Book Club and events, which, in past months, have included movie nights with discussions of classics, such as Shiloh and Marley and Me. For more information on joining the Book Club in Greenville or Union City, or possibly facilitating the Book Club meetings, contact Sue Huston at 937-548-9057.

Other service projects planned by the Aktion Club include participating in the Darke County Parks “Adopt-a-Park” program, which helps keep the community’s parks clean by picking up trash, filling the bird feeders, and reporting back to the DCP about any issues that might need attention. Aktion Club members also volunteer their time and efforts to sort and stock items at the Union City Community Help Center and Thrift Store, located at 180 W. Deerfield Rd., in Union City, Indiana. Aktion Club members continue to make fleece blankets for their comfort care support bags, which are given to those going through cancer treatment and recovery. The club’s upcoming Fall projects include purchasing and filling backpacks for Darke County students in need.

Also, be sure to check out the upcoming Art Exhibition at The Great Darke County Fair, which will also feature a “sensory-friendly” time slot for those who wish to attend, and many beautiful paintings and art exhibits from members of the Aktion Club. For more information, see the Fair website for updates at darkecountyfair.com.

As summer advances into August toward Fall, we should all remember that time shared with friends is a gift, and kindness does matter! 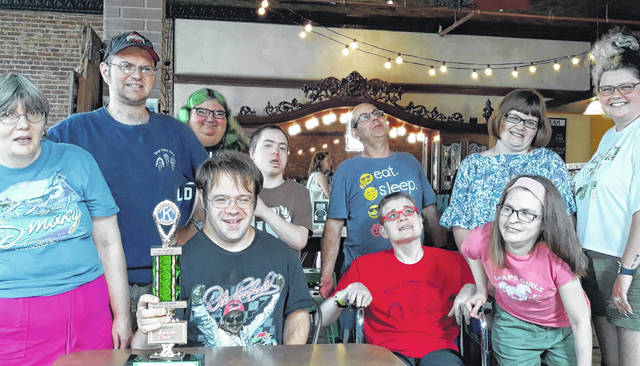 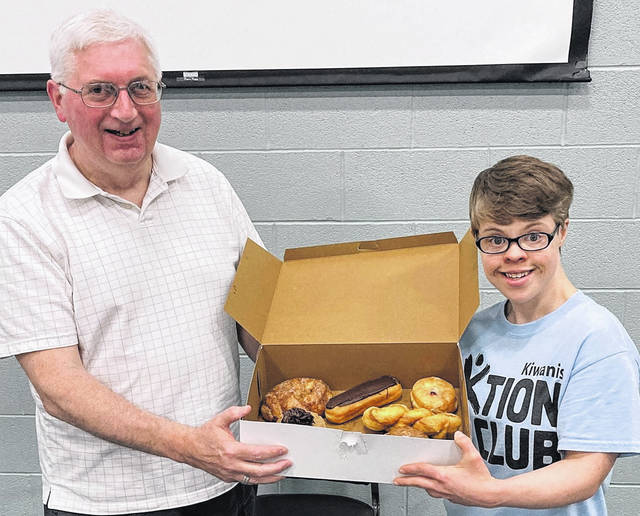