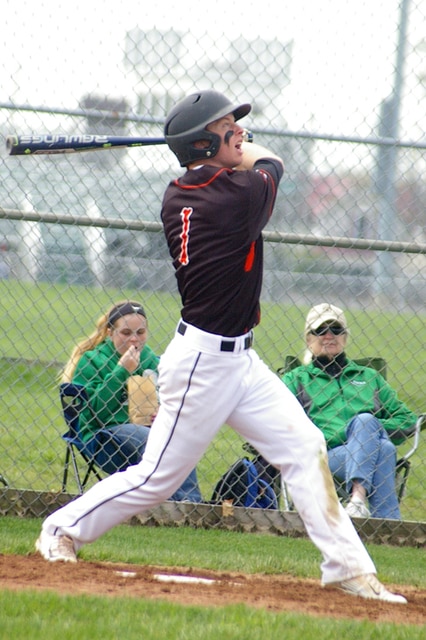 GREENVILLE — A vehicle plummeted 15 feet landing on its top Tuesday evening, injuring the driver after it first struck a home in Greenville.

According to the Greenville City Police Department, a preliminary investigation revealed a grey Toyota Corolla was traveling east on West Russ Road when the driver suffered a medical emergency, resulting in the loss in control of the vehicle. The Toyota traveled off the right side of the roadway crossing over Howard Drive into the front lawn of a private residence where it then struck a home, located at 1269 Howard Drive. The vehicle continued striking a wooden deck attached to the home before plummeting 15 feet to the ground below landing on its top in a driveway.

The single occupant male driver of the Toyota was treated on the scene for what were described as minor injuries prior to being transported to Wayne HealthCare for further treatment and observation.

No structural damage was reported to the home. However, the deck sustained major damage from the crash. Two residents of the property, a mother and her young child, were reported as being inside the home at the time of the crash but neither suffered injuries in the ordeal.

This incident remains under investigation by the Greenville City Police Department.

Jim Comer covers accidents, fires and crime for Darke County Media. He can be reached by email at [email protected]