Sept. 11, 6:48 p.m.: A Greenville police officer was dispatched to the 1400 block of North Chippewa Street in reference to a stolen bicycle complaint. Upon arrival the police officer met with the complainant, Jesse Rhoades. Rhoades advised the officer his 26-inch black Huffy Mongoose mountain bike with gold and white lettering on the frame had been stolen sometime between 9 p.m. on Sept. 10 and when he noticed it missing on Sept. 11 at approximately 6:45 p.m. The officer spoke with the manager of the apartment complex who advised the cameras around the complex were not currently working. Rhoades advised the officer he was not aware of the serial number, and he did not know anyone who would want to take his bicycle. There are currently no suspects and no leads for this case.

Aug. 31, 4:53 p.m.: A Greenville police officer was dispatched to the 100 block of Greenwave Way in reference to a recovered stolen bicycle. While enroute to the listed location, the police officer was advised by dispatch that the bike was reported stolen on Aug. 18. Upon arrival;, the officer met with the complainant/owner and her son beside the bike rack next to the tennis court at the listed address. Both parties were able to identify the found bike as theirs from distinct markings from the kickstand that was installed the wrong way originally. Both parties were given and completed witness statement forms that were placed into records at Greenville PD as evidence. While the forms were being filled out, a male subject came up and advised the officer he had information about the bicycle. He claimed Keith Brewer arrived home from school with the bike about two weeks ago claiming to have bought it. The officer went to Brewer’s place of work after releasing the bicycle and spoke to him about the theft. Brewer advised he did in fact knowingly steal the bike from the school, but he intended to bring it back. He advised he stole the bike because he needed to get home to take care of his younger brother. Brewer was given and completed a witness statement form that will be placed into records at Greenville PD as evidence.

Sept. 11, 1:35 a.m.: A Greenville police officer was dispatched to the area of Russ Road and Parkway Drive in reference to a stolen vehicle from Sloopy’s. Upon arrival, the officer spoke with the complainant/victim. The male victim advised his phone had died, and he walked to a friend’s house to charge it before calling GPD. The stolen car is a Buick LaSabre and was parked on the north side of the lot. The male victim had locked his keys in the vehicle and they were visible on the driver’s seat. It is advised no one had permission to drive his vehicle. Officers checked known drug locations around the city of Greenville and were unable to locate the vehicle.

Sept. 7, 9:22 a.m.: Officers from the Greenville Police Department were dispatched to the police department on a domestic violence complaint. Upon arrival the officer spoke with the complainant who stated his biological son, Issaiah Hudson, who lives with him threatened to harm him, and he was concerned about it. According to the male complainant, on Sept. 6, Hudson told him he wasn’t bowing down to him and that he was going to lay hands on him. The male complainant also stated Hudson told him that when it happens he is going to kill him. Hudson then repeated to his father he was going to kill him. The male complainant stated he was fearful for not only his safety but the safety of two other children that reside in the residence, both of which Hudson allegedly has attacked twice and for his daughter who Hudson has allegedly attacked once. He then filled out a voluntary statement regarding the events, as well as, a victims rights request/waiver form. Both were filled out and the male complainant was given his copy. The officer then provided the male complainant with the report number so he could go to the courthouse and file for a CPO. Hudson was subsequently cited for domestic violence and issued a copy of the citation.

Sept. 10, 7:30 p.m.: While on patrol, a Greenville police officer observed a male and female who they were familiar with standing in the backyard of the 400 block of East Third Street. The male and female observed, and the male was checked in LEADS/NCIC and learned to be Michael Brown. Brown has an active Ohio Department of Rehabilitation & Corrections warrant for a parole violation, on the original offense of burglary. The police officer exited the cruiser and detained Brown, placing him into handcuffs which were gap checked and double locked. Brown was transported to the Darke County Sheriff’s Office jail were he was released to staff pending extradition to Franklin County.

Sept. 9, 9:55 p.m.: While on patrol a Greenville police officer observed a male subject, who he immediately recognized, known to have a warrant walking in the parking lot of Jones Driving School. The male recognized was Timothy Harsh Jr. Dispatch confirmed through LEADS/NCIC that Timothy had an active Greenville Police Department warrant for failing to appear on a criminal trespass offense with a $225 bond. The officer exited the cruiser and detained Harsh. Upon being searched, the officer found a glass pipe with burnt residue and a small plastic bag containing a white crystal-like substance. Harsh was then transported to the Darke County Sheriff’s Office jail where he was released to the staff. 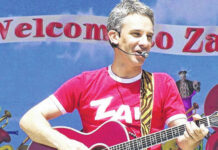