GREENVILLE — More than a year after a woman’s death, her husband is being tried before a jury.

Richard M. Bowman, of New Weston, is being tried for one count of aggravated murder in the Darke County Common Pleas Court with Judge Jonathan P. Hein presiding.

Bowman was arrested in June 2020 after his wife, Teresa Bowman, age 60, was pronounced dead at their residence by EMS on Disher Road, Darke County, Ohio, in April. A forensic examination of Teresa revealed her death was the result of strangulation.

The State v. Bowman jury trial began Monday morning as members of the community showed up to the courthouse for jury selection.

The courtroom was able to hear the dispatched 911 call between the operator and Bowman stating his wife was not breathing, cold, but not stiff. He was asked to perform chest compressions and administer breaths if comfortable.

As part of the questioning through a majority of the witnesses, the state attorney continuously asked if the defendant administered appropriate emotional distress. An array of mixed reviews were given about Bowman’s emotions during the event but a majority of the witnesses agreed Bowman’s blood pressure was slightly elevated. A normal body function in traumatic situations. Bowman made it clear to the medical staff he does in fact have high blood pressure.

Deputy Kelly Moody, with the Greenville Police Department, was the first law enforcement officer on scene. He managed to get a detailed statement from Bowman and direct him away from the scene in order to give the EMS team the space they needed while ensuring Bowman was limited to the effects of the traumatic events.

Deputy Moody stated Bowman advised he had left the house to run some errands around 9:30 a.m. and was gone for two hours before returning to search for his wife. Bowman said on his last stop at the Ft. Recovery Dollar General, he had texted his wife to see if she needed bread. Bowman was adamant Deputy Moody saw the text message he sent on his phone and understood the text was sent at 11:21 a.m.

After not receiving a reply, Bowman advised the deputy he went home to locate his wife. After searching his house, Bowman said he realized the barn door was closed from his porch and decided to investigate because it is always open. After sliding the door open, Bowman found his wife and had to move a ladder out of the way to get to her before calling the authorities at 11:35 a.m.

Deputy Moody along with the paramedic team observed there was no blood or dirt on Bowman at the scene. It was advised the deputy intentionally checked Bowman’s hands, goatee, and clothing as it was customary since Bowman advised he had performed CPR on Teresa.

Chief medical investigator Joe VanVickle found a bit of hair on a shovel located on the far side of the pick-up truck, but when Bowman was asked about the shovel, he stated he had scooped a rabbit off the road and tossed it into the field. The shovel was not consistent with Teresa’s wounds, and the rabbit had been observed to rule out the possible weapon.

The chief also claimed the head injury appeared to be a laceration to the back of the skull and bags were placed over Teresa’s hands to ensure any evidence from any altercations and struggles were not lost before nail scrapings could be complete.

“The floor was a dark and damp, oily soil,” VanVickle said. “It makes tracks very easily.”

Upon further investigation, there were marks by the door of the truck in the shape of an arc, bloody prints on the running board, and prints that looked like a thumb and palm. The blood on the victim was located on the back of her head and streaked due to gravity across her face. It was hard to access her due to being moved several times during the rescue attempt and possibly even before. A heel print was found near the body, but it is hard to say if it came from a first responder or someone else, so it was ruled out.

“My last conversation with him (Bowman) prior to his daughter he basically thanked me for being nice to him,” VanVickle said. He agreed it was a little unusual for Bowman to thank him the way he did.

A question asked by the defendant’s lawyer, Mr. Pendl, was in regards to Teresa’s wedding ring. VanVickle stated he was advised Teresa always wore her wedding ring despite the ring being absent from the scene.

Dr. Susan Brown, a forensic pathologist, performed an autopsy. Upon completion of her autopsy, she found there was no skull fracture or blood around her brain near the laceration. The laceration to the back of the head had scraping indicating it was not caused by a flat surface.

“It could have been struck with an object or been caused by a surface with an edge,” Dr. Brown said.

Upon further investigating there were bruises on the back of Teresa’s left hand and all over her left arm. She had bruising on both sides of her lower lip, an abrasion on her chin, and multiple bruises and abrasions were found on both sides of her neck. The right eye had hemorrhaging in and around the area, and the left eye had the same trauma.

Bowman is scheduled to appear for jury trial the remainder of the week of Sept. 21 to 25. 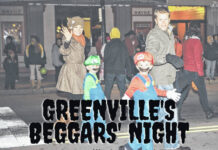 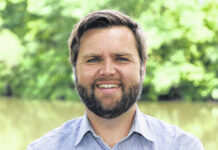 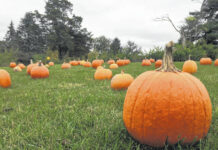