Representative Powell and Senator Huffman opened up the conference by talking about what they are doing to combat issues being faced in the government.

“I disagree with most of the directions Gov. DeWine and the director of health have been going in our state,” Rep. Powell said.

Rep. Powell continued to say the strength of our communities were at a high during the worst of times last year when the pandemic hit and small businesses were struggling due to the governor shutting down the schools and the businesses.

“After a year of fighting, we passed Senate Bill 22,” Rep. Powell said. “It is why the governor can’t do a mask mandate order or any other things because we did revise that bill and we did bring it in a little bit, so the government can’t do blanket orders for an extended period of time.”

On top of Senate Bill 22, more legislation is in the works. Rep. Powell says the top two issues being faced right now are COVID orders, restrictions, mandates, and a workforce unemployment issue.

The act will allow people who have been licensed in another state for two or more years to come in on day one and be hired into the job without needing to complete the new training requirements because the training does not disappear once state lines are crossed.

Senator Huffman talked about the workforce issue during his time as well.

“I think everyone here can agree we have a workforce problem,” Senator Huffman said. “We can’t find people to come out and work. I believe everyone does not have to have a college degree to make a good living in the state of Ohio.”

Powell agreed with Senator Huffman and added 98 percent of young citizens were pointed in the direction of their career choice by their parents because there is pressure for the kids to make money.

“When parents are overtaxed, overregulated, overstressed because of everything with COVID and the government mandates, people only have so much emotional capacity to put behind,” Rep. Powell said.

She believes the issue lies on the government to ensure there is not an extra burden on parents, so they can point their kids in the right direction without feeling stress about the choice made. The Backpack Bill is going to ensure the money follows the child and not the school, so parents have more options regarding their child’s education.

Rep. Powell also gave remarks about vaccinations. She claims vaccinations should not be a level for employment and is trying to pass an Anti-vaccination and Discrimination Bill that claims no employer can force employees to take the vaccination.

“We’re going to let the businesses decide and let the people decide. From the senate’s standpoint we’re not going to mandate people to do it,” Senator Huffman said.

Rep. Powell said businesses themselves do not have a choice when it comes to the implementation of mandatory vaccinations because the federal money is in control. Businesses with over 100 employees must be vaccinated, otherwise, the government stops supporting. She says the Federal government is making it so there is not a personal choice for businesses, thus affecting the rights of the employees.

The State of the State 2021 conference was hosted by the Darke County Chamber of Commerce and the Legislative Committee helped as well. A special thank you is extended to all the sponsors of the event. 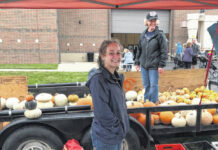 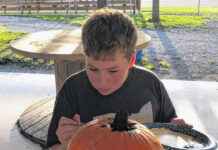 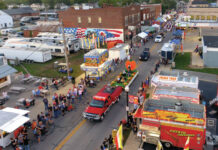