Davidson began the event by relaying developments from Washington D.C. He provided unemployment statistics for a few counties in Ohio, including Miami County (4.1 percent), Mercer County (3.1 percent), Darke County (3.8 percent), and Preble County (3.9 percent). The administration currently has 156 open cases being handled by caseworkers, which is still being held in-person or virtually. Davidson expressed his feelings on the events in Wisconsin from this past weekend stating, “[it’s] just a really sad, sad day,” and quoting Douglas MacArthur “Duty, Honor, Country.” In a general update about Washington D.C., Davidson stated, “I believe that some of my colleagues are trying to use our own government to destroy our country.”

Following Davidson’s update from Washington, he opened the floor to audience members for questions, starting with a question about gun control from Jim Simpson of Troy.

Simpson asked Davidson his opinion on “constitutional carry” and if he supported or was against the Ohio House Bill, which would impact firearm carrying.

Davidson responded that “the plainest reading of the constitution is keep and bear not keep and store.” He went on to describe an upcoming court case against New York for the current gun control and checks in order to obtain a conceal carry. Davidson stated that he believes it is “too hard to pass checks to carry guns,” although he also states “there is wisdom” in learning the laws to carry a gun.

A Troy resident approached the microphone to ask about Davidson’s opinions on the COVID-19 vaccine mandate through the Occupational Safety and Health Administration (OSHA).

“It’s unconstitutional and illegal, and the courts have agreed,” Davidson responded, which was followed by a round of applause from the audience. He went on to inform the audience that OSHA has withdrew their ruling on the vaccine mandate, but “President Biden is still continuing” with other aspects of the mandate including federal employees and encouraging the military and Centers for Medicare and Medicaid (CMS), which pays hospitals and healthcare workers, to mandate the vaccine.

“It’s not scientifically rational to mandate it for this group, and it’s not for kids either,” Davidson said in regard to active duty military members, which are predominantly “young, fit, and healthy.”

“Natural immunity actually provides more protection than any of the known viruses so far,” Davidson said. He continued to say that the vaccine’s side effects are not listed like in commercials for other medications listing disclaimers.

Later, another audience member from Piqua asked about the Jan. 6 riot at the Capitol. Davidson responded by saying, “Our country needs to heal.” He went on to explain the purpose of the Congressional meeting on Jan. 6. That day is the appointed day that Congress meets to accept the electoral votes. There have been a few instances where these votes were challenged by Congress members, which can only occur if at least one member of the House and one member of the Senate object to the votes from the same state. In the 2020 election, two states were objected, one of which was Pennsylvania, which would have nullified the electoral votes from those states pending an audit on the voter counts. The objections failed due to no senators agreeing to the objections.

After providing an explanation for the importance of that day, Davidson described his experience of being in the Capitol during the “attack” and his thoughts after the event. Davidson hopes that all of those “who assaulted police officers or others” were arrested, and he believes there was a mix up between “the people who weren’t peaceful” and “Trump supporters from the National Mall.” He stated, “There is willful blurring of the lines […] which is meant to sew division and discord in our country.”

The murder of George Floyd was also brought up in regard to an event where “the country was united, and they took a point of unity and divided our country on purpose,” Davidson said.

Davidson took some time to express his gratitude for support and to relay his feelings about his position as a representative, saying he is “awed” by his career. 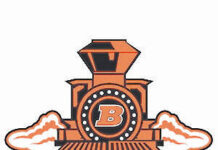 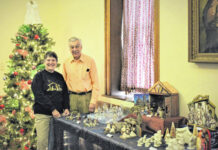