UNION CITY — Autumn Smith, 7, of Union City, has been competing in pageants since the tender age of 3. She began with small local contests, such as the Bradford Pumpkin Show, and “fell in love with it,” according to her grandmother, Mary Hurley. “She just kept asking when she could go onstage again.”

Smith, daughter of Lee and Sharon Burton, took many more opportunities to be onstage, and is now the reigning Little Miss Ohio. Prior to winning the title in November 2021, she was Mini Miss Ohio. In the meantime, Smith competed in other pageant circuits, including the Sunburst Pageant last May. There, she won for “Overall Talent,” singing her rendition of “Jesus Loves Me,” while signing the words in American Sign Language. Winning that category qualified her for state finals, as well as the international competition.

In October 2021, she placed second in “Beauty” at the Beautiful Sunshine Rose Pageant. The same month, she won for “Prettiest Eyes” and “Grand Supreme” at America’s Best Pageant (ABP.) Hurley explained that ABP is a Natural to Semi-Glitz system, meaning the focus is on more natural beauty, which appeals to Smith and her family.

In addition to competing in pageants, Smith loves to help out in the community, from baking cookies for the local fire department, to taking treats to the Humane Society. She picks up litter on Broadway in Greenville when she is visiting Hurley, and volunteered to clean up debris in the aftermath of the 2019 Memorial Day tornadoes in Miami County.

Smith’s next pageant will also be in the ABP system, with the contest theme “Rumble in the Jungle,” to be held in Lima on Mar. 5. She is sponsored by Double M, Peaceful Pieces Jewelry, and a host of family in friends. In the coming months, she will be looking for additional local businesses to sponsor her as she goes on to compete in bigger pageants. 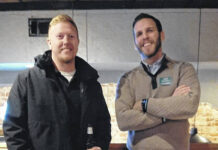 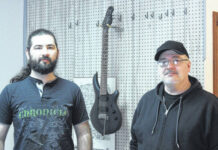 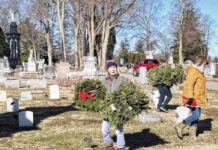