On Monday, Damon R. Dickey, 25, of Ansonia, pleaded guilty to receiving stolen property, a felony of the fourth degree.

Dickey’s defense attorney, Randall E. Breaden, brought to light that there may be another charge that has not yet been processed by the prosecutor’s office on behalf of the state of Ohio before telling the court his client just wants the case to be closed regardless of the status.

“Despite all of that, it is my understanding that Mr. Dickey wished to enter a guilty plea and resolve this case immediately,” Breaden said.

Dickey had a chance to speak before sentencing as well. He admitted to his guilt and explained to the court why he would like to be sentenced as soon as possible.

“I admit to the guilt. I did receive the stolen property. I admit to that fully,” Dickey said.

Judge Hein sentenced Dickey to community supervision. He must also seek and maintain employment and attend any recommended classes and programs. Hein placed Dickey on hold in the jail until a recommendation and acceptance can be made in order to get Dickey into the Monday program. If he is not accepted into the program, then he will be placed on supervision with probation.

Failure to comply with any of the orders can result in a maximum of 15 months in prison with up to two years of post-release control.

On Tuesday, Adrian Rodriguez, of Dayton, pleaded guilty to count three of the indictment of operating a vehicle without control, a minor misdemeanor. By entering a plea agreement, counts one and two, vehicular assault, felonies of the fourth degree were dropped.

The prosecutor, Jesse Green, advised the court the victim did not want to pursue this case and were dropping their charges as well. Therefore, there will be no restitution. 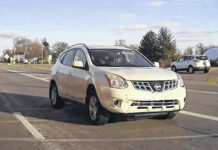 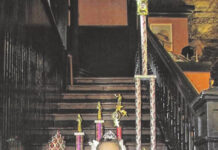