Matthew K.L. Bowlin, of Greenville, appeared via video conference seeking judicial release on an original sentence of 18 months for failure to comply with the order of signal of a police officer, a felony of the third degree.

Bowlin was sentenced in November 2021 and was able to apply for judicial release after 30 days. Bowlin spoke up about the ways he has changed and the good he has done while being in jail.

Judge Hein granted Bowlin release and sentenced him to up to 60 months of supervision with adult probation and 100 community service hours. He warned Bowlin of the harsh realities facing him once he is released.

“There’s also a lot of the old temptations still in this environment. You’ve got to figure out how to avoid the negative triggers, the negative people, or places, or things that got you where you are,” Judge Hein said.

Failure to comply with the rules and regulations he was placed under will result in Bowlin having to go back to prison for the balance of his sentence.

“There’s always a risk that you wont be successful,” Judge Hein said. “That risk is on you because you control your behavior. All I do is give people the opportunity to prove they don’t have to spend a lot of time in prison at $26,000 per year to the tax payers.”

Benjamin Kersey appeared before the court via video conference from SouthEastern Correctional. He entered a not-guilty plea to on count of possession of meth, count two of tampering with evidence, and counts three and four of possession of drug paraphernalia.

Kersey faces a maximum of a year and $2,500 fine on count one, three years and a $10,000 fine on count two, and 30 days and a $250 on both count three and count four of the indictment. The court appointed Nicole Pohlman as Kersey’s defense attorney and granted him an OR bond for this case. His next appearence will be Feb. 24. 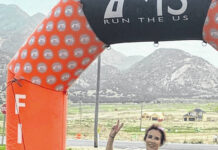 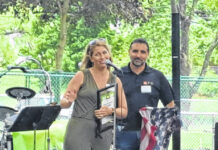 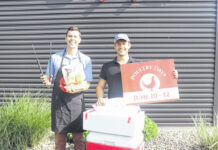