GREENVILLE — The show must go on. Never have those words rung more true than they did during the Friday and Saturday night performances of Roald Dahl’s Willy Wonka, Jr. by the Greenville Middle School Theater Workshop.

Within 48 hours of the show’s debut, things went from wonky to worse! A short illness prevented one of the main characters, a Golden Ticket winner, from being able to perform on opening night. A water-soaked laptop threatened to leave the musical without its audio tracks. A needed member of stage crew broke her ankle when heading up stairs to the stage with less than an hour to showtime. “Break a leg” isn’t meant to be taken quite so literally,

Yet, the show had to go on.

With well over 200 pre-sold tickets to the performance, there was no turning back. This was live theater, and live theater rolls with the punches.

Astonishingly, in terms of what audience members saw, opening night was near flawless. With only one full run-through under their belts and a small litany of disasters leading up to opening, the cast and crew truly pulled it together. It is amazing what motivation and teamwork can achieve.

Elijah Worden, the GMS eighth-grader who starred as the one and only Willy Wonka expressed his gratitude in a post-performance interview, “I want to thank everyone — the stage managers, props, cast, crew, chorus, Mrs. [Kari] Thompson — they all made it come together. They made it all possible.”

With lines in nearly every scene of the 100+ page script, it was surprising to discover this was Worden’s theatrical debut.

Worden said, “It was exhilarating! I didn’t expect to be given a major part. I was content to be an Oompa Loompa, but one day Ryan [Bolin, who played Grandpa Joe,] came in and said I was cast as Willy Wonka. I was ecstatic!”

The play began with Wonka alone on stage, highlighted by a sharp spotlight and singing, solo, “Pure Imagination,” a challenging musical number. When asked if beginning the play alone on the stage with a musical solo was nerve-racking, Worden replied, “I was not nervous; I was more and more excited as we got closer to the show,” adding, “I have always been one to love being on stage.”

When Worden was asked how he made such a success of his first starring role, he advised, “The key is to practice. Repeat the lines over and over and over. Practice with others because that helps a lot.” He went on to explain that during Wave Time (a study period at GMS), he and Brookelynn [Marshall, who played Grandma Georgina,] would run lines. Not only would they practice their own lines, but they would practice other characters’ lines as well to learn their cues and to be able to assist if someone had a memory lapse on stage.

Worden said he was grateful for all the wonderful memories he made working on Willy Wonka Jr. Specifically, the “finale of the show with everyone on the stage, singing together” was one he knows he will forever cherish.

Although this marked Worden’s first and only performance with Greenville Middle School, he plans to join theater next year at Greenville High School. Look for him and all the cast and crew in upcoming Greenville school performances. 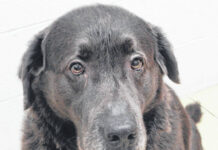