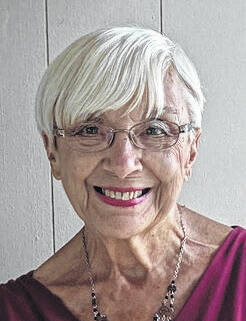 The story of Harriet Tubman’s heroic life is almost too dramatic to be believed; her exploits can be compared favorably with those of the superheroes who populate comic books and movies. I believe that the preceding description is much more likely to attract audiences to the musical play Harriet Tubman and the Underground Railroad which Darke County Center for the Arts is presenting at Henry St. Clair Memorial Hall in Greenville this Sunday, March 13, than “a musical history lesson,” the unexciting but quite accurate description used by Virginia Rep on Tour, the show’s producer (and a company with a fascinating history of it’s own, but we’ll get to that later.)

Harriet Tubman was courageous and fierce, qualities that earned high regard in the eyes of contemporaries. Famed abolitionist and social reformer Frederick Douglass wrote Harriet that he knew “of no one who has willingly encountered more perils and hardships to serve our enslaved people than you have.” Born a slave on Maryland’s eastern shore, Harriet, believing that her only two choices were freedom or death, fled to Pennsylvania in 1849, where she joined the abolitionist movement and became a conductor on the Underground Railroad. As she led her people to freedom, she acquired the nickname “Moses,” referencing Moses of the Bible; over the course of 10 years, and at great personal risk, Harriet Tubman made many trips helping people escape to freedom, never losing a passenger in the dangerous and almost always illegal work.

Then, during the Civil War, Harriet continued on her brave mission, serving as a nurse, cook, scout, and spy for the Union Army. She was the first woman to lead an assault, conducting the Combahee River Raid which freed 700 enslaved people Over a period of three years, she was paid just $200 for her services, supporting herself by baking and selling pies. After the North won the war which emancipated the formerly enslaved, Harriet’s struggle for freedom did not end as she turned her attention to women’s suffrage, continuing her fight for all who suffered inequality.

The achievements listed above certainly qualify as a fantastic tale of adventure, while also recalling pivotal events in our nation’s history. While not as dramatic as the story of Harriet Tubman, the Virginia Repertory Theatre itself also has an impressive history. Founded in 1963 as Barksdale Theatre, Virginia Rep is the nation’s eighth-longest operating professional theatre company. The founders were dynamic civic leaders, who in defiance of Jim Crow laws, were the first to open their theater doors to integrated audiences, and in 1973 produced Lorraine Hansberry’s To Be Young, Gifted and Black, Virginia’s first professional play based on African-American experience.

In 2012, Barksdale Theatre joined forces with Theatre IV, to become Virginia Repertory Theatre, one of the largest professional theatre organizations in the country. Theatre IV was founded in 1975 as Virginia’s first professional theatre for young audiences, and toured extensively throughout the eastern half of the United States performing many plays addressing social issues. Theatre IV represented the United States at the International Children’s Festival with a dramatization of African-American folk tales which was broadcast on Voice of America for international audiences, and in 1985 earned an Award of Excellence for “the most outstanding play relating to African-American experience” with Do Lord Remember Me, a production based on the oral histories of former slaves.

DCCA is presenting a meaningful and dramatic adventure tale performed by a historically relevant theatre company, sharing the story of a great American who helped shape the history of our nation; what more motivation do you need to see Harriet Tubman and the Underground Railroad? Well, maybe significance is added due to the fact that this stirring drama with music is being presented during Women’s History Month; also, further incentive could be the low ticket price of just $5. To get your tickets, contact DCCA at www.DarkeCountyArts.org, or by calling 937-547-0908; tickets will also be available at the door. The show starts at 2 p.m. Eastern Daylight Savings Time. Plan to be there!