GREENVILLE — The Darke County Commissioners met Thursday to discuss the authorization of a grant and the application to employ legal counsel. Commissioners Matt Aultman and Larry Holmes were present.

“The agreements have been reviewed and approved,” Aultman said.

Ormsby said the Community Local Jail Capital Project Grant Agreement had been reviewed and appeared to be lawful by meeting all requirements brought forth.

“This is going to go towards upgrading security out there including cameras and things like that,” Aultman said. “We’re also going to do mechanisms to open and close the doors to bring that safety level up, and new mechanisms for the swing doors as well.”

The commissioners discussed how the jail has a lot of original structural mechanisms that are 39-plus years old, and this maintenance is designed to increase the safety for inmates as well as staff.

The commissioners met Tuesday to discuss the fixing of a date, contract agreements, and expense requests.

The commissioners approved the expense request for Deputy Daniel Stocklager in order to attend the OSROA School Resource Officer Basic Training on July 25 through 29. Lodging totals $468 and meals total $300 for an estimated grand total of $1,167.

The commissioners also approved the fixing of the date for the request of qualifications and request for proposals for the CHIP Program. All proposals and qualifications need to be turned in by June 10 by 4 p.m. The commissioners are looking for people who meet the requirements for housing inspection services, licensed lead risk assessor services, lead clearance technician services, and licensed lead abatement contractor services.

RFQ and RFP responses must be received by the deadline with the following address: Darke County Board of Commissioners; Attention: Grants Office; Administration Building; 520 South Broadway; Greenville, Ohio 45331.

The commissioners also approved the contract agreement with Jess Howard Electric Co. for the installment of miscellaneous NAVAID-Airport Beacon. This agreement was initiated with the intent to replace the beacon that is aging now on the current building that will be moving in the next couple years.

The Darke County Board of Commissioners meets every Tuesday and Thursday at 1:30 p.m. at their office located at 520 S. Broadway Street in Greenville. To contact the office, call 937-547-7370. 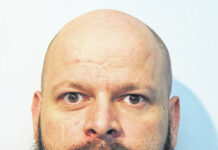