UNION CITY, Ind. — Jim Roll was 18 years old when he first walked into Frank Miller Lumber on June 5, 1972. A half century later, Jim is hanging up his work attire and starting a new chapter — retirement.

He began at Frank Miller Lumber when the company operated a pallet mill. For 12 years, he stapled pallets together as local factories were thriving with shipping needs. Jim has held numerous positions throughout his tenure, including forklift operator, loading pre-driers, sticking lumber, and trim saw operator.

Jim has held his current position as a band saw filer for the past 29 years. Jim and his counterparts in the file room are responsible for various jobs. The band saw blades are changed and sharpened every four hours. The grinding cycle is nine minutes for the headsaw and seven minutes for the resaw. The band cycles eight times for the headsaw and seven times for the resaw to complete the sharpening process. The face, side, and back tooth profile angles are ground and adjusted, and the gullet is cleaned and sharpened. Furthermore, the file room is responsible for changing the chipper knives after each shift.

When asked what he enjoyed most about his position, Jim stated, “I enjoy the people I work with and that every day is different. There is always something new to do or figure out, and it never gets dull.”

Dennis Brunner has been Jim’s manager for 24 years and commented on his work ethic.

“Jim’s quality workmanship and dedication are another reason Frank Miller Lumber has been the world’s best quality leader in quarter and rift lumber,” he said. “Working with Jim for the last 24 years has been a pleasure.”

Jim is part of a generation that values loyalty. He was one of 15 people the family-owned business employed in 1972. Today, Frank Miller Lumber employs more than 150 people. For the past 50 years, Jim has stayed with the company through trials and tribulations. The sawmill fire in 1992 is one memory that Jim will never forget. He operated the trim saw before the fire and assisted with the portable mill as other team members built the new mill.

Jim plans to tinker with his gas engine tractors and partake in recreational target practice at his rural home in Darke County. His love for gas engine tractors started in 1971 when his father located a gas engine consisting of three-bushel baskets of parts in Gettysburg, Ohio. Jim managed to complete this project, which grew into one of his favorite hobbies. 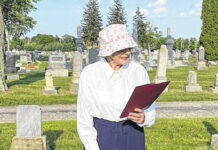 AWTHS to host at Ithaca Cemetery 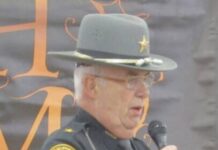 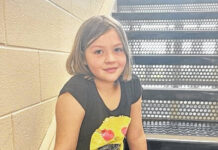