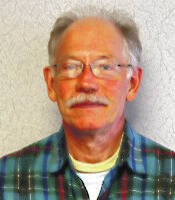 The Tigers in search of their first World Series title since the Sparky Anderson era in 1984 had dispatched the Oakland Athletics 3-2 and the New York Yankees 4-0 to get to the fall classic.

Their pitching staff was led by two pitchers still pitching today in the major leagues, Justin Verlander 17-8, 2.64 ERA and Max Scherzer 16-7 and had Jose Valverde with 32 saves in the bullpen.

The Giants were in their second World Series in three years and had gotten past the Cincinnati Reds 3-2 and the St. Louis Cardianls 4-3.

The Reds 97-65 had won the first two games of the five game series in San Francisco but lost three straight in Great American Ballpark. That team had Aroldis Chapman, Johnny Cueto, Jay Bruce and Joey Votto as its stars.

It was a classic matchup of a team with good offense, the Tigers, against the good pitching of the Giants.

The series opened in AT&T Park in San Francisco and in a game where in the second World Series in a row a batter belted three home runs in a game, the Tigers knew things weren’t going their way as Pablo Sandoval connected for three home runs as the Giants coasted to an 8-3 win to go up 1-0 in the series.

Johnny Peralta added a two-run home run for the Tigers.

Game two was a pitching duel as both teams managed only seven hits between them. But behind seven innings of two hit pitching by Madison Baumgarner with Santiago Casilla on for the hold and Sergio Romo for the save the Giants won 2-0 with a key hit being Hunter Pence’s sacrifice fly for the second run as he also scored the game’s first run on a double play grounder.

Behind 2-0 in the series the Tigers tried to regroup in Comerica Park in Detroit for game three but they could not get their bats going against the Giants pitching. Starter Ryan Vogelsong pitched five and two thirds innings of scoreless baseball after which Tim Lincecum held the Tigers scoreless until Sergio Romo came on for his second save and again San Francisco wins 2-0 to go up three games to none against the Tigers.

In game four, still in Detroit, the Tigers finally scored after 20 scoreless innings on a two run Miguel Cabrera home run off of Matt Cain to make the score 2-1 Tigers until Buster Posey answered with a two run homer in the sixth off of Max Scherzer to make it 3-2. The Tigers scored again to tie the score 3-3 in the bottom of the sixth.

The score stayed that way until Marco Scutaro singled in Ryan Theriot with the winning run and Sergio Romo was on for his third save of the series and the Giants won their second World Series in three years with a 4-3 win.

Sandoval got the series MVP and the Giants returned to the fall classic in 2014 while the Detroit Tigers have not been back since 2012.