At the meeting, a packet of information as well as a Facebook post had been made addressing the concerns of residents inside and outside the corporation limits regarding the Village’s ongoing search for additional water resources. The Village provided some answers to a few frequently asked questions.

The Village explained they are seeking additional water resources due to residents having struggled with having adequate groundwater resources since the first wells were drilled for the Village around 1900. The areas that are currently being used have been primarily comprised of gravel and sand thus giving low-yielding water.

The Village has seen local businesses and residences increase their water usage and are trying to find new wells to solve the issue, as the average water production at the Village’s water plant was 519,000 GPD, with the maximum available daily flow from the wells at 607,000 GPD.

As for drilling new wells, the Village has to follow Ohio EPA regulations for setbacks and sanitary isolation radius requirements, thus only allowing five of the ten current wells to be newly drilled. All the wells, however, can not be drilled deeper because they would still be low-yielding, and additional wells are not wished to be drilled on the current Village property due to the well sitting limitations and the limitations of the aquifer due to its thin layer of sand and gravel and shallow depth.

The Village had an in-depth groundwater study performed by Eagon & Associates, Inc. of Washington, OH. The study looked at the Ohio Department of Natural Resources (ODNR) well log data, geological information, the Village’s existing wells and wellfield. All tests confirmed no additional water production wells were possible on the property and the Village would need to look outside of the current wellfield areas.

ODNR has jurisdiction over the groundwater resources of the state. The Ohio EPA oversees the regulations, compliance, and operation of multiple water production wells. The most recent test wells were drilled on the east side of Reed Road just north of Day Road, and they were reported to show good results.

These test wells underwent a 72-hour pump test and proved favorable. The Village intends to begin design and secure funding for the transmission line from the wellfield to Versailles. During the test, water was being dumped on the ground in the fields due to the Ohio EPA requirements. Versailles is required to comply with any and all requirements of the state in order to test the wells.

The Village would like residents to rest assured they are monitoring nearby wells and ponds with permission for changes in the aquifer during testing. The monitoring includes static water levels checks in nearby wells in addition to a monitoring sensor that is logging data on the pond levels at Cottonwood Lakes. This testing will continue as other testing takes place.

Moving forward, the Village plans to complete the project within 18 to 24 months from July 2022, assuming the Reed and Day Road wellfield project is approved.

To learn more visit the Village of Versailles Facebook page. 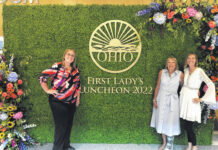 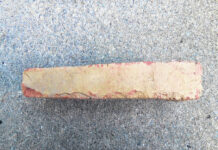