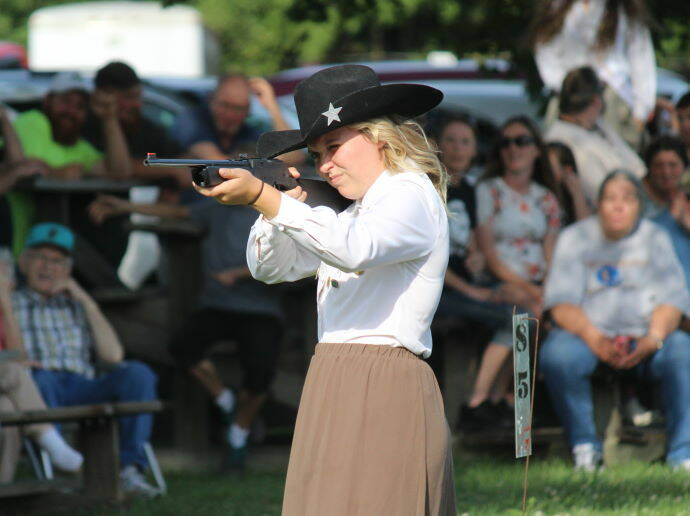 GREENVILLE – After 15 rounds of shooting and from a distance of 95-feet Madison Werner took back a title she held in 2019 and 2020, Miss Annie Oakley. The Greenville High School and Edison graduation had to sit out a year in between titles, but was eligible to compete again this year.

The Annie Oakley Center Foundation sponsored this year’s event and was representatives were on-hand to present the cash prizes. Wieland Jewelers provided the necklaces given to the winners.

Remarkably, Werner only missed one shot throughout the entire competition. That sole miss came at 55-feet, but with two chances at each distance she rebounded to continue in the competition and make it the second night of shooting.

Werner said she was shocked to win and even though she shoots a lot, she admitted she hasn’t shot a BB gun since the 2019 competition. She remained Miss Annie Oakley throughout 2020 due to the pandemic. “I shoot now with bigger scopes and major zooms and stuff. Going back to this, my mom was like ‘its kind of like riding a bike.’ I guess you’re right.”

Werner pointed out it was the power of prayer that helped her shoot so well. “Everytime I was sitting on the bench I prayed. In my head I was like God has a plan. If God doesn’t want me to do good I won’t do good. If he wants me to do good, He will let me. That’s the philosophy I went with.”

As for winning the title for a second time, Werner said she wasn’t planning on trying again. However, she told herself it was an experience and everyone should have that experience. After talking with the people that run the shooting contest, they convinced her she should compete again.

She may not have known much about Annie Oakley before the first time she competed, but Werner’s view of Annie and her significance in the world has been an eye-opener. She pointed out that although we celebrate her here, she is known nationally and is even referenced in movies.

This year’s competition was stiff with six ladies moving on to the final night of shooting. Earning the runner-up position with a shot from 90-feet was Alexa Robinson. Robinson said she got a little nervous knowing she was going head-to-head with Werner. Lexi Dillman finished the competition with a successful shot from 80-feet for the second runner-up title.

Also competing on the final night of the contest were Riley Trittschuh, Miriam Evans and Brooklyn Dillman. Contestants eliminated in the preliminary round were Lona Dillman, Isabella Gulley, Rachael Wright, Noami Evans, and Lauren Wright who was costume contest winner. 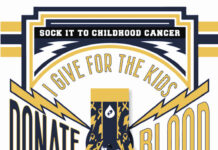 Blood drives at both ends of county planned