THEFT: Officers assigned to the Greenville City Schools 5-8 building were advised a teacher’s earbuds were stolen from his classroom. The teacher was on the playground monitoring the students when he saw a male juvenile drop a pair of green earbuds with charger station, and when he advised the male that he dropped them, he also made the comment “those look like the same ones that I have. The juvenile did not respond and picked up the buds. The teacher later checked his classroom and learned a pair was missing. The juvenile was confronted and admitted to taking the ear buds. The male juvenile was issued a citation for theft. His mother was contacted and advised of the citation.

DRUGS: At 4:08 p.m. officers responded to the 300 block of Martin Street in reference to found drugs. The store manager advised a customer located a small pink translucent baggie containing a crystal like substance inside of the store. It was advised the baggie likely fell out of someone’s pocket as they were trying to pay. The baggie was transported to the Greenville Police Department where it field tested positive for methamphetamine. It was placed into property to be destroyed. At this time there are no further leads or suspects in this case.

DOMESTIC: Officers responded to a domestic dispute at 1:03 a.m. in the 400 block of E. Fifth Street between a male and female. It was observed the female had a cut on the bridge of her nose and scratches on her chest. The male also had blood on his lip and scratches on his chest and shoulders. Neither party would cooperate and a primary aggressor could not be determined. The female left for the night and no school age children were present.

WANTED PERSON: At 6:40 p.m. officers were dispatched to the 100 block of East Main Street in reference to a known wanted subject entering the store. Star Entingh had a felony warrant through Darke County for a probation violation with no bond. She was located and transported to the jail.

DRUGS: At 12:49 a.m. officers observed a blue 2003 Nissan Maxima being operated east bound on East Main Street near Wagner Avenue. An equipment violation on the listed vehicle was observed and a traffic stop was made. The operator of the vehicle, Corey Smith, was found to be under a driver’s license suspension, nor was he wearing a seat belt. In the car, there was a front passenger and a rear female juvenile passenger. The juvenile was placed into the rear of the cruiser until a parent or guardian could pick her up. After dialogue, a search was made on the juvenile, and a bag of suspected marijuana was located along with a vape pen. She was released to her father and a warning was issued. Smith was issued a citation for all the above listed violations, and the vehicle was towed by Hot Rod’s Towing.

DOMESTIC: Officers were dispatched at 12:32 a.m. to the 100 block of Sherman Street in reference to a domestic violence complaint. Upon arrival, contact was made with the male complainant and his girlfriend. Both subjects advised they are in the middle of a break up and tonight they got into a verbal altercation. Both subjects denied any physical altercation, and the officers did not observe any injuries. No school age children were present, and the girlfriend left the residence for the evening.

DISORDERLY: Officers assigned to the Greenville City Schools 5-8 building were advised of a complaint which was inducing panic. The 7-8 grade principal advised the juvenile had written down several names on a piece of paper and stated to them it was a “kill list”. The juvenile is the same student who brought a loaded handgun to school last year. During an investigation, other students said they did not hear the juvenile say it was a kill list but it was what was being said. The juvenile advised he did not know why he made the list, and it was discussed the list contained possibly all girls he may have liked. Upon further investigation, another student advised he was sitting next to the juvenile during 4th period, and when he questioned the juvenile about the list he said “this is a list of people I want to kill but I do not plan on acting on it.” The juvenile was suspended from school for 10 days with referral to the superintendent for expulsion and was formally charged with Inducing Panic, a first degree misdemeanor.

ASSAULT: At 7:57 p.m. officers were dispatched to the 700 block of East Fourth Street on an assault complaint. The victim advised he was walking west bound on East Fourth Street when a black car traveling westbound did a u-turn in the intersection. He advised the vehicle began traveling toward him, and someone from the vehicle fired an air soft gun at him, striking him in the face. He advised he was not injured and did not know who it was. This case is closed unless leads/suspects are developed.

WANTED PERSON: At 1:50 p.m. officers observed a vehicle fail to stop at the intersection of West Third Street and Vine. After initiating a traffic stop, it was discovered that the operator of the vehicle, Kalani Wright, had a warrant out of Warren County for failure to appear for the original charge of possession. Wright was arrested and transported to the Darke County Jail with a bond of $100. 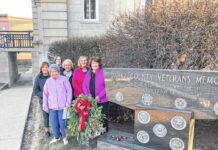 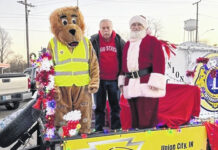 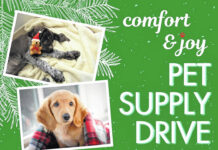