DARKE COUNTY — The high school boys’ basketball season officially starts today. For the teams around Darke County, most will start play on Nov. 26.

Some teams were able to start as soon as possible with practices. Others had to practice with the players they had available. Some schools couldn’t have full team practices as some of their players were in the midst of a playoff run in football.

Whatever the case may be, teams will now put their offseason work to the test as the season begins. These first few games will show coaches where a team is currently at. From there, schools will build from there to get their team playing their best basketball just in time for the postseason.

For right now, let’s look at where each program is at entering this 2022-23 season.

It will be a different Tigers team this season. While they are returning almost their whole team, they will have a new coach this season. Tony Overton is taking over the boys’ basketball program.

Even if the Tigers spend the beginning of the season learning the new systems under Overton, they will be competing hard every night. Overton said he was excited about the job when he saw film of this team. The talent on the team is what has him excited. Ansonia figures to be in a lot of close games this season.

The Trojans will be looking to replace a lot of their production from last season. They had five seniors graduate and will look to have some of their role players from last season step up this season.

It will be a different looking team, no matter how much they are returning. Head coach Roger McEldowney said he is asking his seniors to take on different roles this season, something he does to all of his seniors each season. They could also give some guys who don’t have varsity experience a chance to have significant roles. McEldowney said the team has been improving during each practice. Different players could be stepping up each night to help this team win.

Bradford is looking to continue their upward trend this season. Head coach Jay Hall has the team improving after each season for the past few years. Hall said after he came into the program that was on an 0-45 losing streak, the team has won two, four and 13 games in each of the last three season.

A lot of their production from last season is coming back, despite losing three seniors. Three players from last year’s team that were named to All-WOAC teams are returning. This year’s senior class were freshmen during Hall’s first year. They have helped build up the culture at Bradford. The seniors could leave their mark on the program with their best season yet.

Take what you remember from Franklin Monroe last season and throw it out the window. Head coach Troy Myers said the program is losing 98 percent of their production from last season. They have very few players with varsity experience playing this season. It will be a lot of new faces taking the court for the Jets this season.

It’s almost a reset for the program. Myers said he and the coaching staff are focusing on developing the boys as players and as people. It’s going to be a process that will last almost throughout the season. Just because there’s a lot of inexperience, doesn’t mean the Jets won’t be competitive this season. It will take time, but you never know where a team can land at the end of the season if they can keep improving each game.

The Green Wave will look to build on last season under new leadership. Matt Hamilton is the new head coach after spending last season around the program. His familiarity with the players and keeping the same systems in place will help the team transition smoothly from last season to this season.

Most of the players have some experience at the varsity level. It’s not a lot of experience, but they do have an idea of what to expect at this level. Outside of the X’s and O’s of the game, Hamilton is trying to instill a different mindset into this team. Hamilton said he talked to his team about competing during every minute of a game. With that mindset, it will be hard to count out the Green Wave this season.

The Blackhawks will look to improve on their record from last season with a new head coach. Nick Hamilton is taking over and is ready to steer the program into the right direction. The team is losing three seniors from last season, but they won’t be short on experience. They will have a starting lineup of all seniors this season.

There are still things the team needs to work on. Hamilton said he is focused on getting the team to play hard, disciplined basketball each game. They also have some experience on the bench, but not a ton. The more players that can step up for them, the more likely they can play more players during the game. Whatever the case may be, Mississinawa Valley figures to be a tough team to play this season.

Tri-Village ended last season as the runner-ups in the Division IV State Championship game. The Patriots will look to grab another WOAC this season with a somewhat new look to the team. The team will be without their leading scorer from last season, Layne Sarver. They will have to rely on a collection of guys, mainly the seniors, to step up their offensive game.

There is experience to work with on the team. It will just be a matter of if the players can transition seamlessly into their new roles. This is a roster that is returning a good amount of experience and talent. They have more than enough to compete for another conference title. If they can put it all together early, they could be a different team that will yield the same results as last season.

Versailles is another team that will be faced with the challenge of bringing in new guys this season. Outside of the two seniors on the roster that have varsity experience, there is not a lot of varsity experience on the roster. Head coach Travis Swank said despite the inexperience, the players have caught on to the systems of the program. They almost play the exact same style throughout the whole basketball program.

The team will rely on senior Connor Stonebraker to provide most of their production, but also as a leader. The team will spend most of the season still learning how to play at the varsity level. That doesn’t mean they will be an after thought in the conference. If they can compete early and often, they can be a dangerous team heading into the postseason. 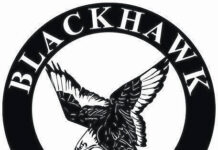