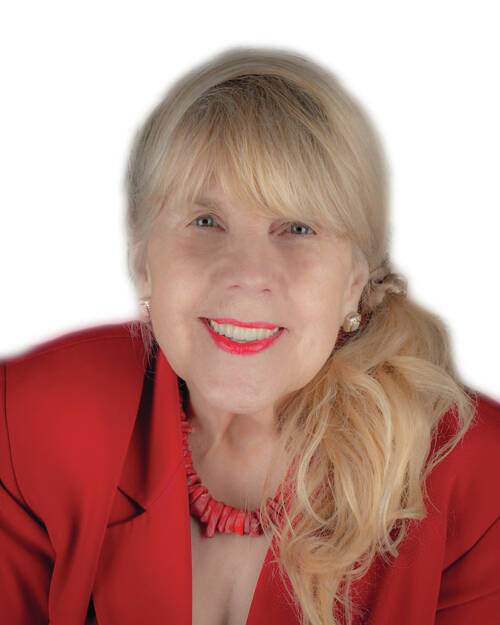 Thanksgiving of 2022 is a difficult time for Americans because many of us are accustomed to easier lives than we seem to have been having in recent years. I have my list of obstacles/challenges/ heartaches, and I’m sure you have yours.

This Thanksgiving I am thankful for my family, my extended family, my friends from coast to coast, the students I have taught and will teach. Today, however, I want to give thanks for the military veterans I have known and interviewed, men and women who have allowed me into their lives, who have taught me, inspired me. That list grows every month and is about 200 now, but who’s counting?

For this column, I am focusing on a few of the World War II veterans I have known since I began this chapter of my life ten years ago. All have passed, and I believe that somewhere they are smiling as I recall for you a few of the funny stories they shared with me. And perhaps as you have your Thanksgiving meals this year, you can ask veterans at your table to share with you some humorous stories. Get your phones /cameras out to record these precious memories.

FIRST LIVE AIR RAID: Harry Ashburn (1923-2022) told me that in mid 1943 when he was a corporal, he was stationed in a non-combat zone in the New Hebrides. He and his unit had prepared for an air attack by the Japanese by having air raid drills, and they were feeling confident about procedures to follow if this happened. They were between shifts when the air raid siren went off, and they heard, “Boom, boom, boom.” Instructions were to run to the nearest ditch and hug the dirt. The closest was about 100 yards from the dispatch tent where Ashburn was standing. He froze. Others in his unit ran for the ditch.

The men were about halfway there when one turned and yelled at him, “For God’s sake, Ash, come on!”

Ashburn reported to me that he unfroze, “I beat all of them to the ditch.” He further indicated, “In an adjoining unit, one guy ran into a tent pole and knocked himself out; another caught his neck on a clothesline and went down. There was a third man who was waiting for a disability discharge from the army because of a bad back, and he outran every single man in his squad. Turns out the booms were coming from our own planes.”

KEEP THIS TRAIN AWAY FROM THOSE DAMNED RUSSIANS: Robert Tweed (1921-2018) – At the end of the war, Tweed was responsible for taking a trainload of about 200 displaced persons from St. Johann in Tirol to Wiener Neustadt. His orders were strict, “Do anything necessary to protect that train from the Russians. They are stealing everything that is not nailed down.” Tweed reported that every time the train stopped, some of the refugees would jump off and disappear. Boxcars disappeared as well. As the train decreased in size down to an engine, two boxcars and maybe 30 people, Tweed knew that he needed to take action, so he took a submachine gun and moved to the engine. He said, “Even the Russians understood that language.”

WHO IS THIS STRANGE MAN KISSING MY MOMMY?: Harry Christy (1922-2021) – Christy told me, “I took the war seriously. We had a job to do, and we did it and were blessed to be able to return to our families.” It was Dec. 5, 1945, and after having been at the Battle of the Bulge and at POW Camp-Stalag VII-A where he was responsible for getting the prisoners home at war’s end, Christy arrived in Columbus via train. As he exited the train with his duffle bag, he told me that he was tired, half asleep. He had not seen his wife and his son, Tom, for a year and a half. When he saw them, he ran, grabbed his wife in a big hug, and started kissing her passionately on the mouth. He said that his little son, not quite two years old, probably thought, Who is this strange man kissing my mommy?

YOU WANT A CIGARETTE AND YOUR NAME IS WHAT? Cyril Franz (1919-2019) – One of Cyril Franz’s roles at war’s end was to guard German prisoners of war. While on duty, Franz was asked for a cigarette by one of the prisoners. In World War II days, the K rations had food, candy bars, gum, and American cigarettes. Franz tried to communicate with the POW about what he wanted from the package with little success. Franz said he kept thinking, This man looks enough like me to be my brother. As they stood there smoking, they began to play a game of crazy charades, and Franz soon learned the name of the prisoner, Cyril Franz.

AND THE MEN UNDER YOUR COMMAND DID WHAT? Robert Tweed (1921-2018) – Tweed shared so much of his life with me after initially telling me he would only talk about meeting his wife during the war. Other than that story, what he related was usually horrific, including being ordered to go to Dachau right after Americans liberated the POW camp to bear witness to the atrocities committed by the Germans there. At times, however, he’d start grinning and tell me a story that made me laugh. I love this one. He and his men were billeted in a French village where they had taken over the house of a “feisty French lady, ancient, bent and probably didn’t weigh 90 pounds.” The woman, as Tweed put it in in his book entitled Fifty Years Later or Nostalgia Unlimited, “raised hell with us for coming into her house with muddy feet. This was spring thaw, so mud was everywhere.”

The soldiers decided to teach her a little English, and she went to the village well for water each day, using her newly-acquired skills. They taught her that that “bonjour” in English was “bull—-t” and that “Fermez la porte” in English was “Shut the f—-ing door.” To reinforce her English language skills, the soldiers began greeting her with, “Bull—-t, Mama.” And she always returned the greeting.

One day two American girls in a Red Cross truck arrived and knocked on her door, looking for a place to warm up. Proud of her skills, Mama greeted them with, “Bull—-t” and then “Shut the f—-ing door.” Once Mama realized she had been tricked, she hardly spoke to the soldiers. Soon after, they went back into the line.

Close to VE Day, Tweed’s driver got roaring drunk, slipped on some loose boards serving as a walkway, and fell into a cistern filled with manure. He was rescued by a Sgt. Wheeler and a Sgt. Stevens and dragged to a pond and thrown in. Tweed told me, “When my driver got as clean as Wheeler and Stevens thought he was going to get, they took him to a barn on the property, threw a blanker over him, and left.” The driver got up in the middle of the night and began to look for warmer quarters. He wandered into auxiliary housing for farm help where he later told Tweed that he was “invited by a hefty farm helper to join him in her bed.” He did and … .

Note: If there is interest, Dr. Vivian Blevins will begin monthly sessions at the Miami Valley Veterans Museum in Troy to help veterans write accounts of their military service. Email her if you’re interested: [email protected] No special talents are needed, just a desire to record that time in as few or as many pages as the veteran desires. And know that Blevins has taught telecommunication employees to write their autobiographies as well as college students. In other words, this is not her first rodeo.