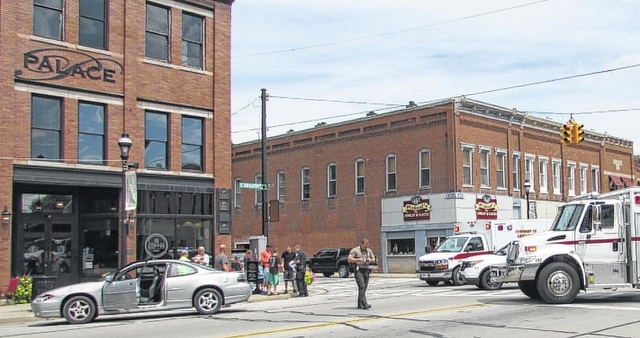 Jacob Fultz was struck by a teen driver at the intersection of Broadway and Fifth Street in downtown Greenville around 3 p.m. Wednesday,

Jacob was with another boy and was attempting to cross the street at the intersection when a silver Pontiac turned and struck him. The other child was not harmed.

Greenville Police and Greenville Township Rescue responded to the scene and called in CareFlight to transport the boy to Children’s Hospital in Dayton. Two blocks of Broadway were closed to traffic to allow investigators to process the scene.

Witnesses reported the child appeared to have a leg injury.

The driver of the vehicle reportedly was charged with failure to yield to a pedestrian in a crosswalk, according to Greenville Police.