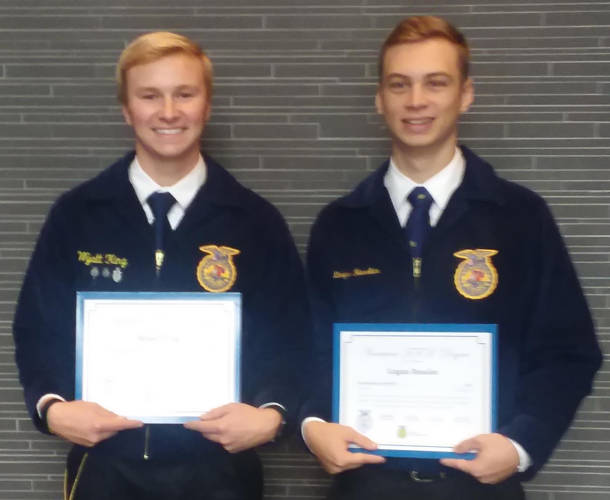 INDIANAPOLIS, Ind. – The Franklin Monroe MVCTC got a chance to be a part of the sea of blue jackets at the 91st national convention in Indianapolis, Indiana.

There were many great opportunities the Franklin Monroe MVCTC got to experience. During the trip to Indy the bus made a stop at a dairy goat farm that produced cheese on a local level. On Oct. 24 the group took part in the Garth Brooks concert, which was held at the Lucas Oil Stadium.

The chapters also got the chance to attend sessions at national convention and visited the expo center. There also was a tour the group participated in at Elanco, which is a corporation that promotes and enhances animal health.

On Saturday the group attended Lucas Oil Stadium to see two past Franklin Monroe MVCTC members, Wyatt King and Logan Ressler, be awarded the American FFA degree. After the American degree session the group headed to the Banker’s Life Fieldhouse to hear from President Donald Trump. 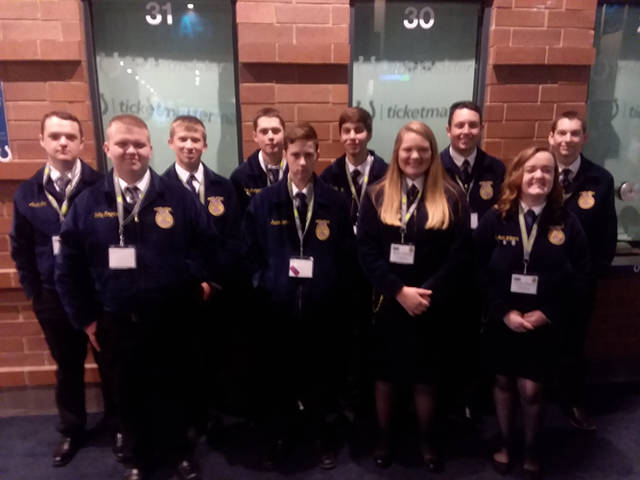