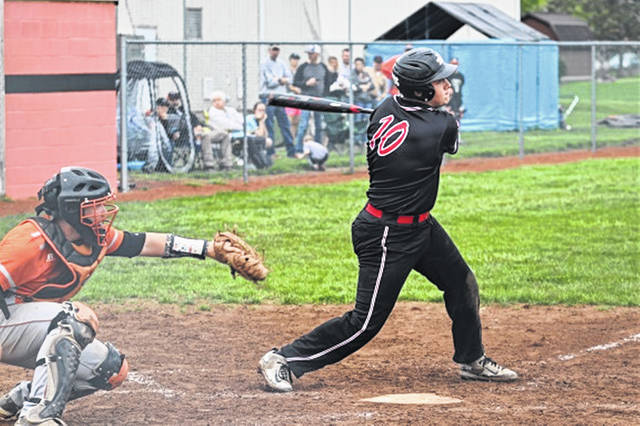 ANSONIA – The Mississinawa Valley Blackhawks earned a 2-0 Cross County Conference road win over the Ansonia Tigers with the second half of the game played under light to steady rain.

“Sloppy weather but our play was pretty good,” Ansonia coach Dustin Hecht said. “It’s two games in a row for us – low scoring pitching duel. A lot of people like scoring runs but at the same time pitching is also part of the game and it’s fun to see pitchers go at it like that…keep it low and a lot plays being made.”

Xavier Manning and Trent Collins combined for a two hitter over seven innings of work to give the Blackhawks the Thursday night conference victory.

Missing from the Hawks lineup away on school business was starting centerfielder and leadoff hitter Zac Longfellow.

“Right now we’re down a couple players,” Guillozet noted. “I have my leadoff hitter Zac Longfellow in California for a Business Professionals of America thing going on which is hopefully something that is going to help him out later on getting some scholarships and things – so he’s you leadoff hitter, he plays shortstop when Collins is pitching. He’s a key player and he’s not here.”

The Hawks took advantage of a first inning Trent Collins two out single and a RBI single off the bat of Ethan Dirksen to give Mississinawa Valley an early 1-0 lead.

E. Dirksen picked up his second single of the night with one down in the top of the third followed by a Cody Dirksen single setting up a Cameron Shimp RBI by way of a fielder’s choice to give the Blackhawks a 2-0 advantage that would prove to be the final score of the night.

Ethan Dirksen led the Hawks going 2-4 with a RBI and a runs scored. Cody Dirksen was 2-3 at the plate, Tent Collins 1-3 with a run, Max Dirmeyer went 1-3 and Cameron Shimp accounted for a run.

MV regular second baseman Kyler Guillozet filled in at shortstop for the visiting Hawks playing error free ball on the night at the unfamiliar position.

“I had to put Kyler at shortstop last night at Newton because we were in the same situation with Longfellow not being here and he just kind of give me that look,” shared Guillozet. “I know he hasn’t played shortstop since he was 10 years old but he’s getting it done.”

Trent Collins pitched four shutout innings of one hit ball in relief to earn the save walking one and recording seven strikeouts.

Caleb Jones went the distance on the mound for Ansonia giving up two earned runs while walking four and striking out six on the night.

“We just have start improving at the plate,” said Hecht. “We are on something like 20 innings in a row where we haven’t scored a run. Once we start getting that I think we will start becoming a team that can win more games with our fielding improving and our pitching improving.”

“Dustin (Hecht), I know where he’s at with it,” Coach Guillozet said of Ansonia. “I’ve been there and his team – they played well tonight. Their pitcher threw strikes. The kids behind him played good defense.”

Mississinawa stranded 11 batters while Ansonia was leaving six runners on base. Both teams played excellent defense, each giving up a single error. 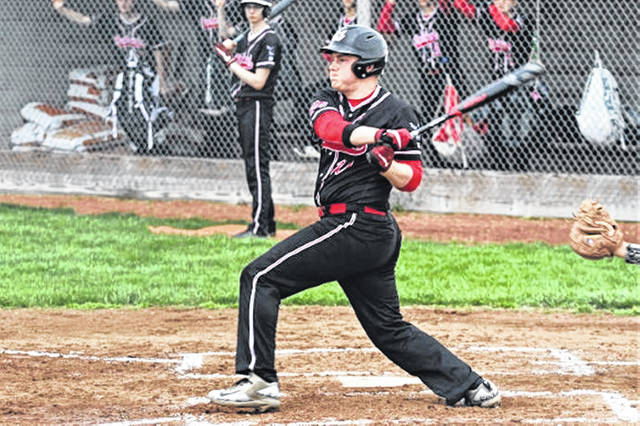 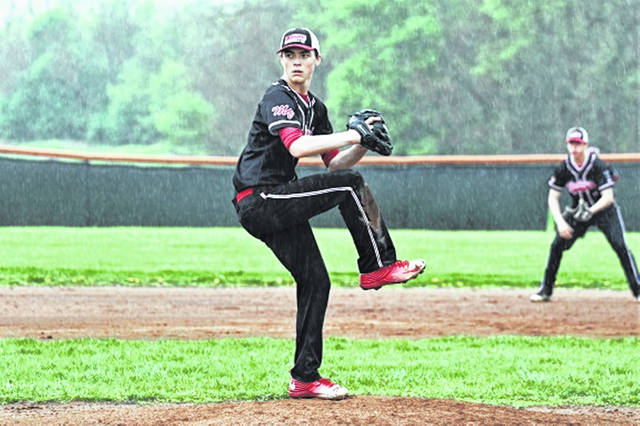 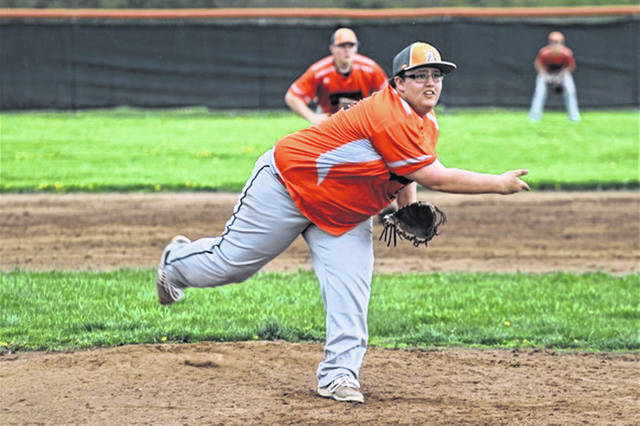 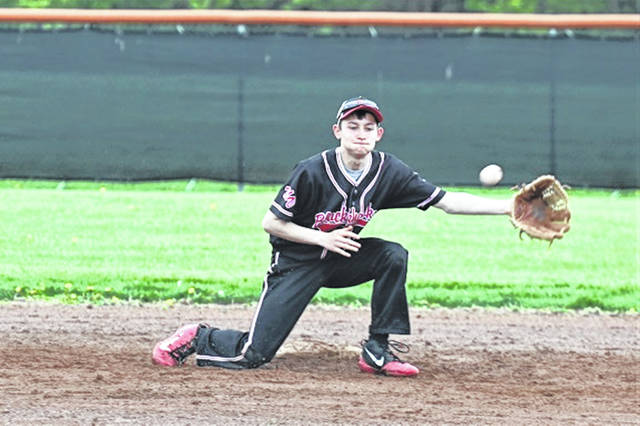 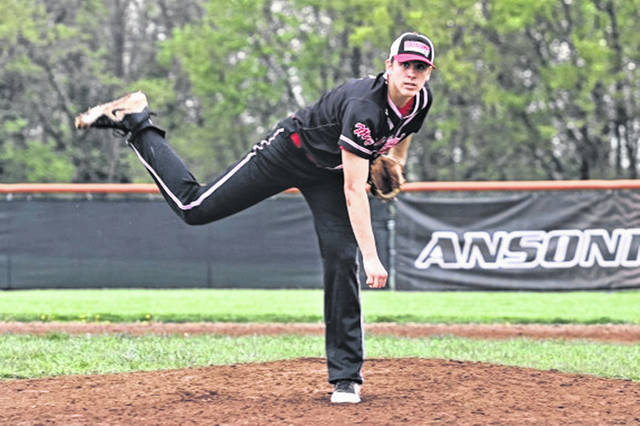 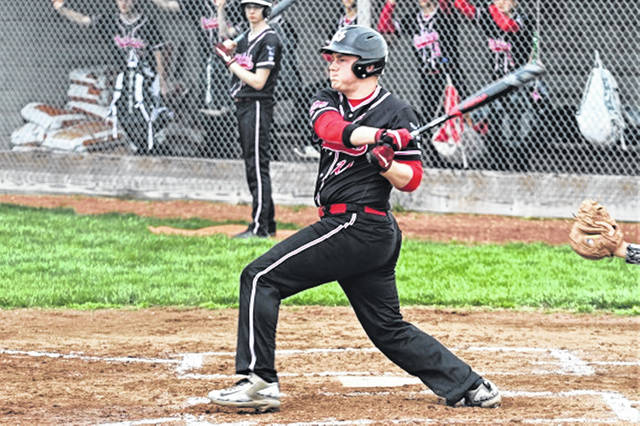 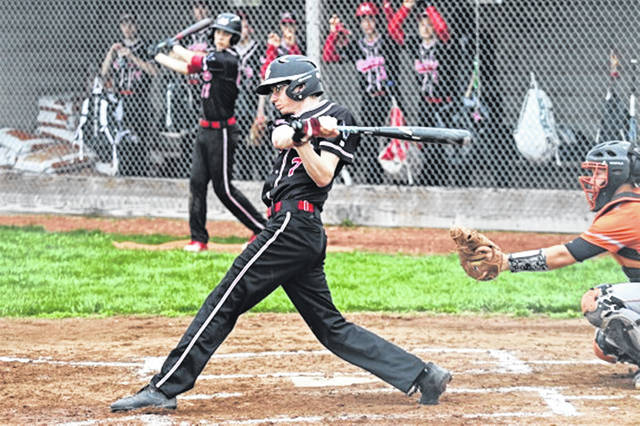 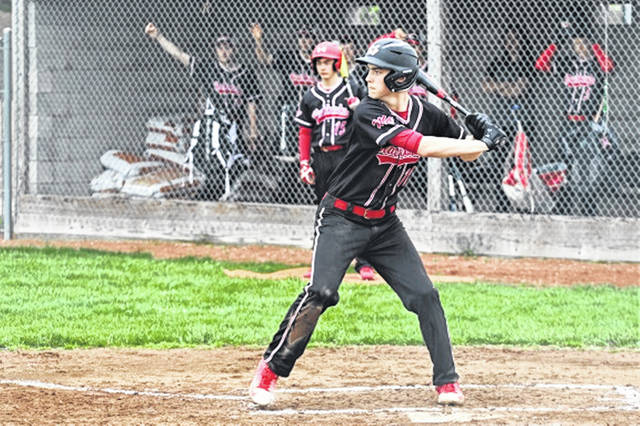 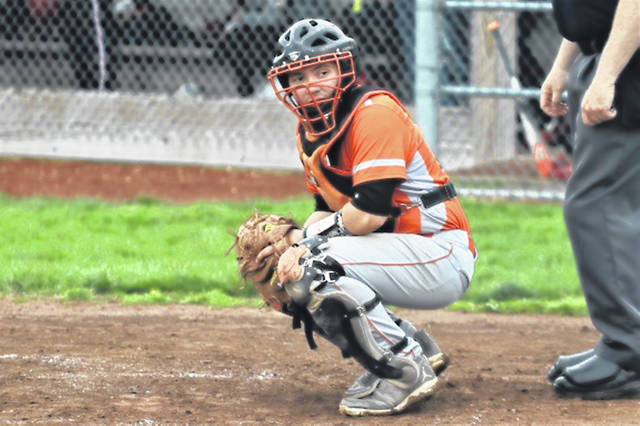 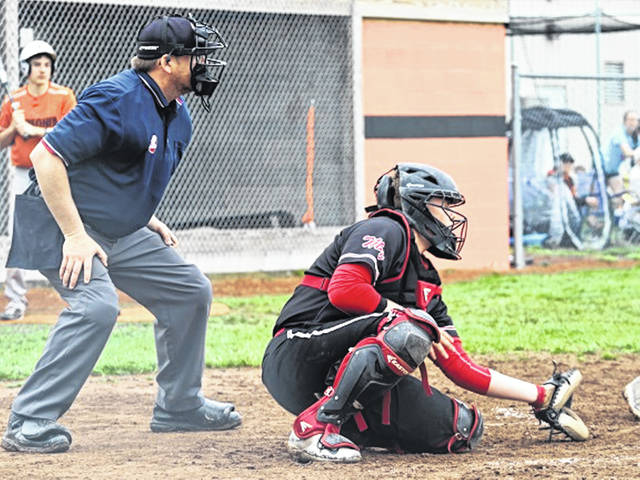 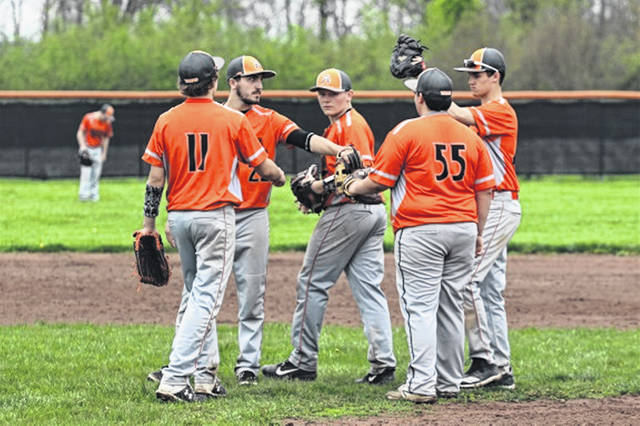