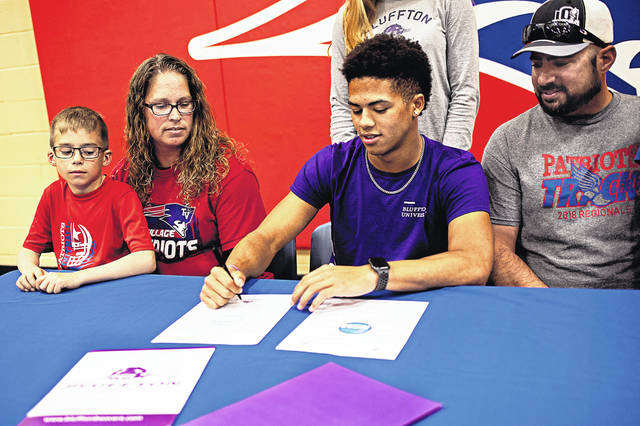 NEW MADISON – Austin Bruner had a successful football career at Tri-Village and even better success on the oval. That success was recognized and rewarded as the senior signed to do both, play football and run track at Bluffton University starting in the fall of 2019.

Playing just one sport in college is demanding enough but when asked about playing two sports in college Bruner was confident, he was up for the task.

“In high school I’ve played 4 or more sports and have always been busy so I don’t think playing football and running track in college will be much different … I’m used to being busy, so I think I’ll be able to manage it,” Bruner said.

“It’s been a process trying to figure out which college to go to. Bluffton stood out for a couple of reasons, I’m used to a small town, they have competitive sports teams and they offered me to play football and track which got me more money to help with my college tuition and it just seemed like a good fit for me,” Bruner stated.

“I always knew there was a possibility to go to college through sports, and ever since my freshman year it’s been a goal of mine to do that. I’ve worked really hard to get there, everything I’ve done and everything I continue to do is because of that,” Bruner said.

“I plan to continue doing the same thing in college playing as hard as I can and working to get better every day, it’s a formula that worked for me in the past,” Bruner added.

Austin recently pulled off a rare feat as a triple champion at the Cross County Conference league meet winning 100, 200 and 400 meter sprints something he duplicated from the previous year.

He wasn’t always the fastest and his dad (Matt) credits that for being part of Austin’s motivation as to why he’s excelled on the track.

“The hard work he’s put into this it’s so good to see the results and that he’s been rewarded for that effort. I’m very proud of him, to see him dedicate himself to the process over the years to get here, because it wasn’t just a short term thing, it’s been years of work. He really turned the corner about 3 ½ years ago … he got beat pretty bad as a sophomore and that drove a lot of his passion to work even harder. He wasn’t just satisfied being competitive, he wanted to be the fastest on the track and he’s done that over the last two years,” Matt said.

Austin credits his dad and family for helping him along the way.

“My family is big into sports and they have been very supportive of me. I’ve never been the biggest or best at anything, maybe the quickest at times … but that is what has motivated me to get better. My dad every day is making sure I’m doing something to be better.” Austin praised.

Either way Matta and the rest of the family are excited to see him play next year.

“We are excited to watch him compete next year even though it’s only a few hours away I imagine we’ll burn a lot of miles between here and there. His Aunt already checked out the schedule and lives close to Mount St. Joes and has it marked on the calendar. He’ll have a lot of family to come and support him,” Matt commented.

Tri-Village Football coach Robert Burk had a lot of praise for Austin and his impact on the recently started program.

“Austin is a guy who really dedicated himself to getting better not only in football but all sports. He put the time in the off-season in the weight room and he knows what it takes to increase his strength, size and speed. And it’s a great reward for him to see that pay-off and to keep pursuing something he loves to do at the next level both in football and track. That’s what he was looking for, an opportunity to do both,’ Burk stated.

“From a football program standpoint, this is the first 4 year class of varsity players to come through Tri-Village and Austin was one of three guys that played for four years and to have that in with our first collegiate commitment to go play at another level is fantastic for us and he’s setting the foundation for us along with the other two guys he graduated with and I’m very proud of him and all of our success going forward we’ll owe to that class for getting us started on the right foot and really buying in and spending the time, so I’m very proud of him, happy for him and I can’t wait to go catch some college games next year,” Burk concluded.

Austin’s drive to be the best will no doubt carry over with him to Bluffton and just like at Tri-Village look for him have an impact there as well. He’ll have plenty of supporters rooting him on. 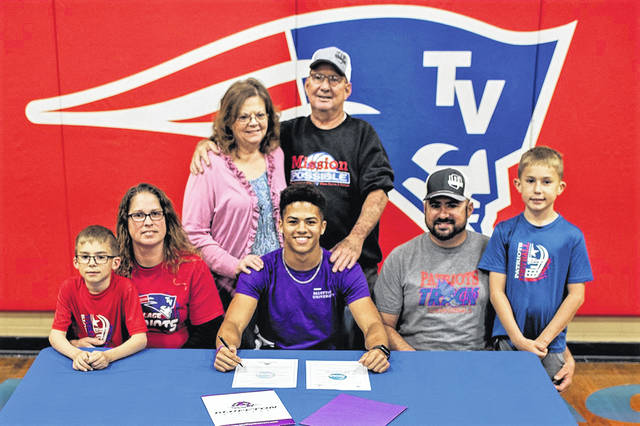 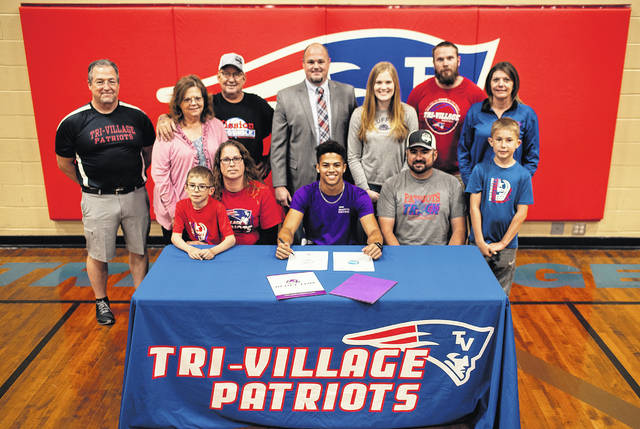 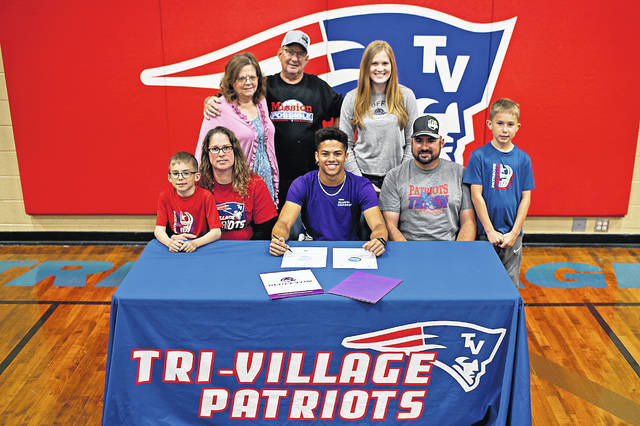 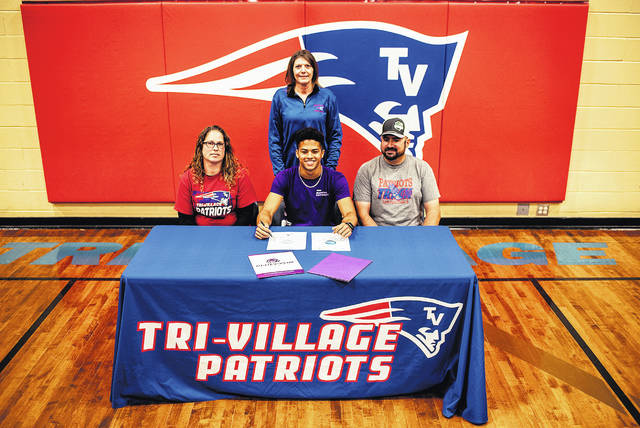 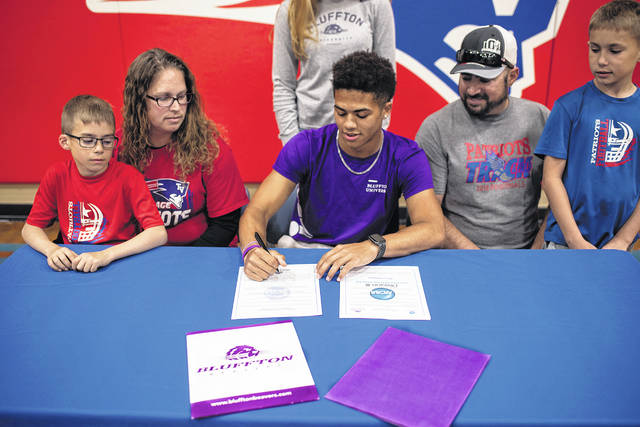 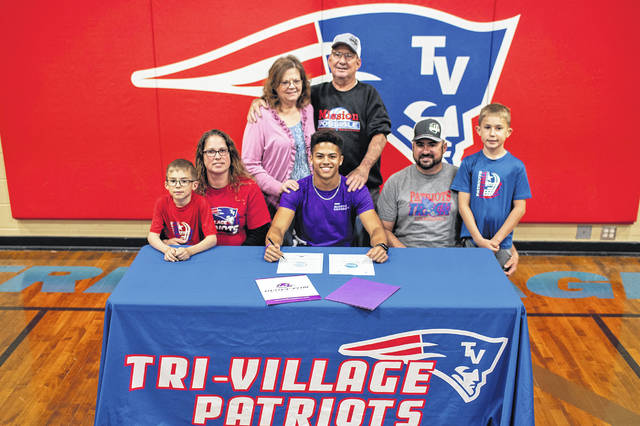 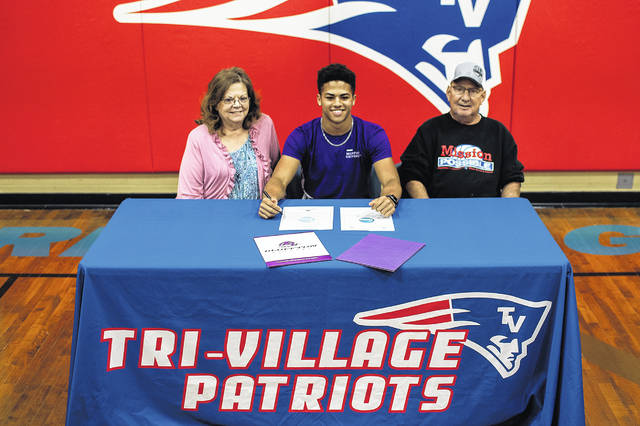 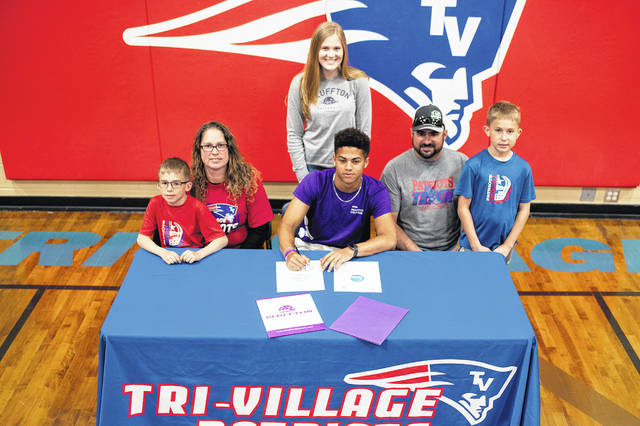 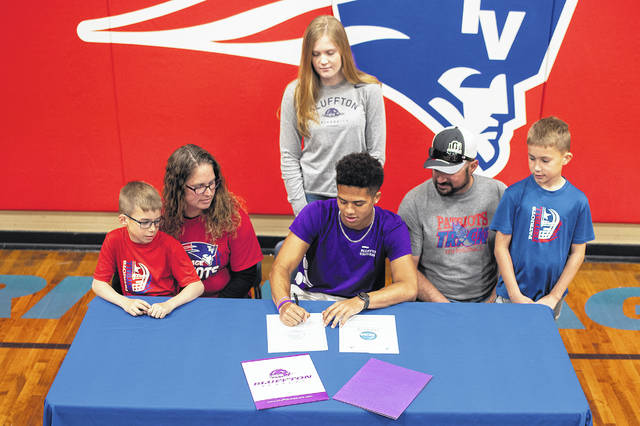 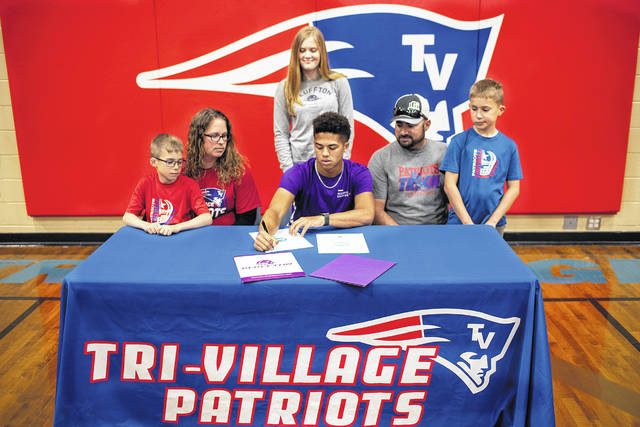