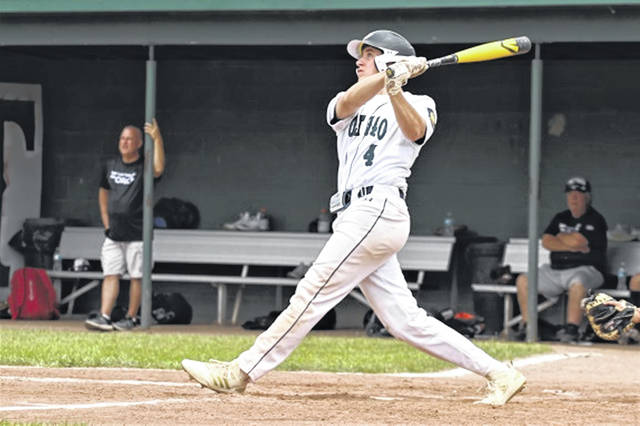 “You’re in the fourth game of your tournament and you are running a little low on pitching,” said Post 140 coach Chad Henry. “We tried to stretch it out as far as we could – arms are getting a little bit tired and we had to go with the hammer there at the end.”

The Greenville Legion team jumped out to a 2-0 first inning lead taking advantage of a two run homer deep over the leftfield fence off the bat of Trent Collins.

“He (Collins) really jacked one,” Post 140 coach Chad Henry. “I thought it was a longtime coming, He’s been hitting some balls hard – he just absolutely annihilated that ball.”

Post 140 scored 2-runs in the fourth, three in the sixth and two in the top of the seventh to lead 9-5 with the force coming to the plate in the bottom of the inning.

“I have been joking with him calling him a great big kitty cat over there,” Henry said. “Tytan has been real solid with the glove and he’s been really good at the plate, he’s been hitting the ball really well.”

The Dayton team had the first two hitters in the bottom of the seventh going down only to have the next two batters reach by way of walks, a RBI single and a 2-run double making it a 9-8 score with the tying run standing on second.

Coach Henry summoned Collins from his this base position to close the door on the Force throwing three consecutive screaming fastballs to earn the save.

“I don’t think you can dream up a better scenario,,” said Henry, “you just come in and blast three fastballs right by him.”

Kenny Moore earned the win for Post 140 tossing 5.2 innings, allowing five runs on seven hits and striking out one.

Kyle Mills paced Greenville at the plate going 2-4 with a single and a double and scoring 2-runs. Collins went 1-2 with a home run and 2-walks, 2-RBIs and 2-runs scored. 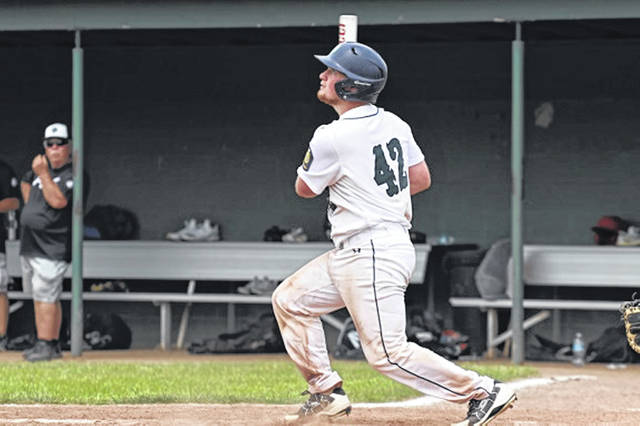 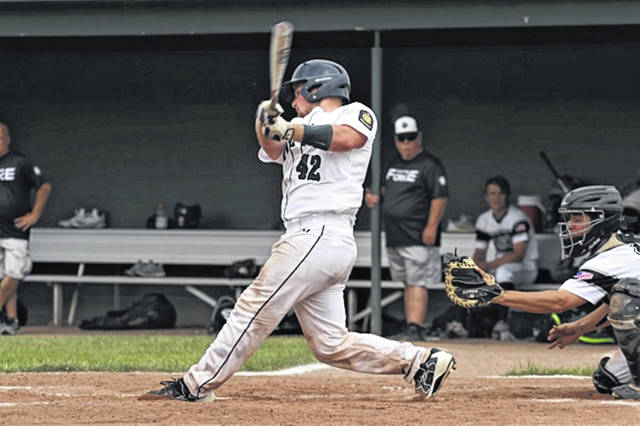 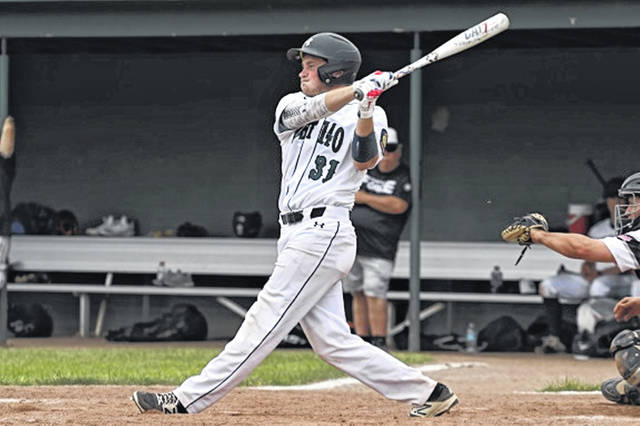 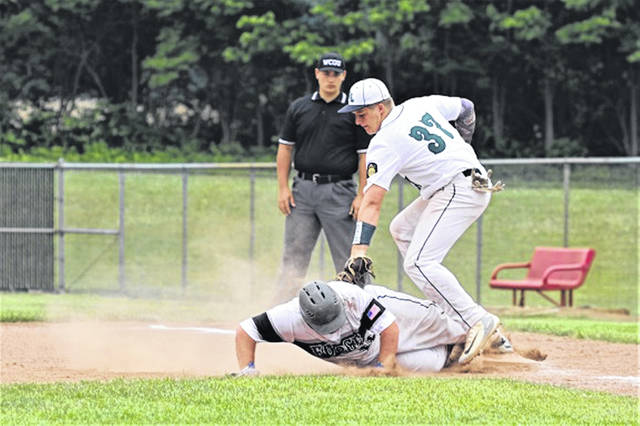 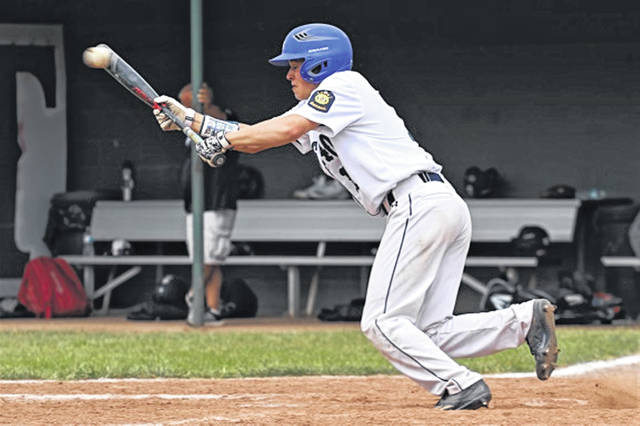 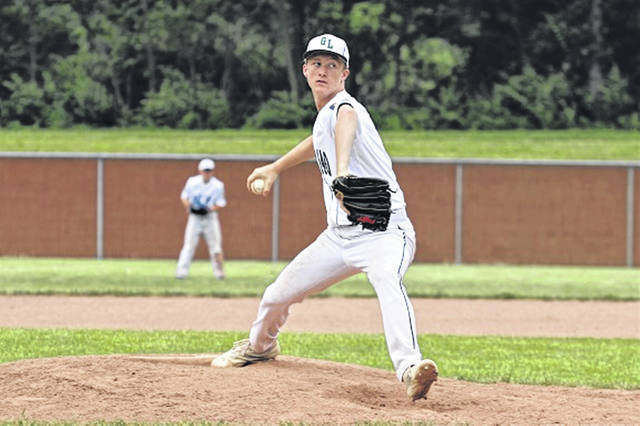 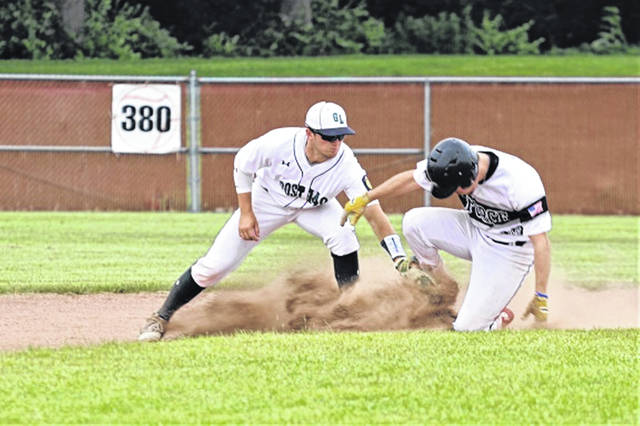 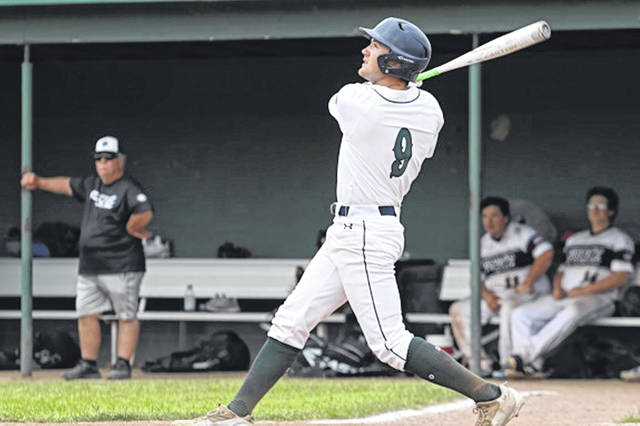 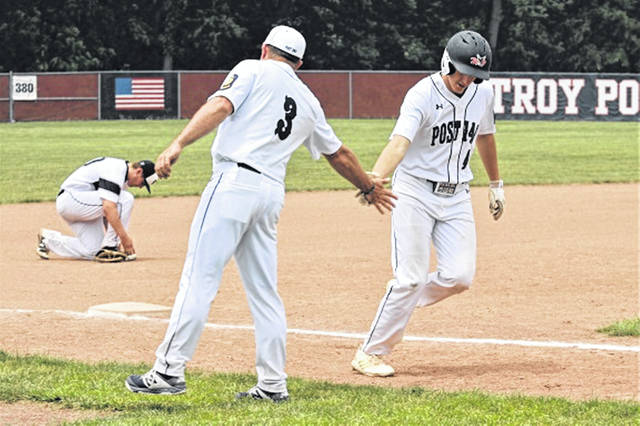 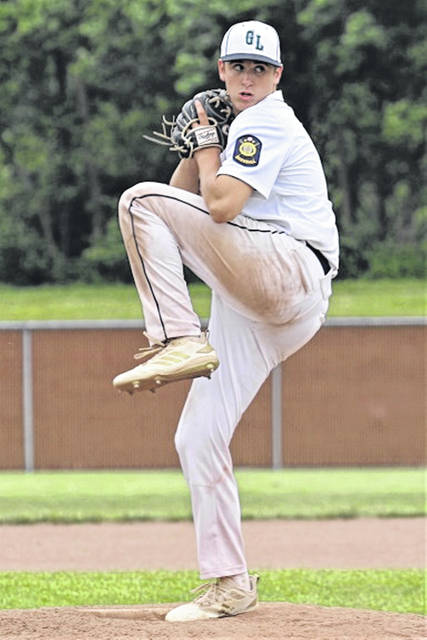 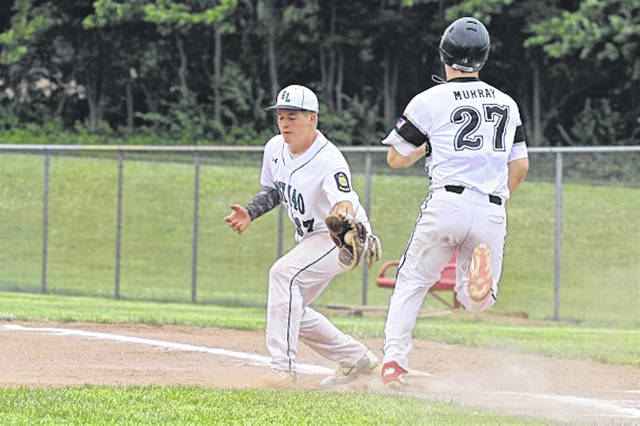