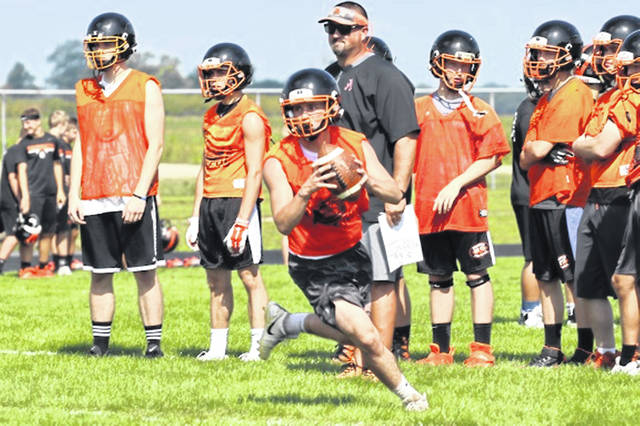 “We have really good leadership right now,” said Arcanum coach Jason Schondelmyer. “It’s still seven-on-seven and the physicality of the actual competition is not there, so until you get the pads on you just wait and see. “We are in a wait and see mode but really happy with how they did today.”

“It was a good day,” said Ansonia head varsity coach Matt Macy. “It is a good day to just get out and compete. It’s not what we do necessarily but it’s great for our defense, good for our skill guys to get out here and just run around against somebody besides our self.”

The early season scrimmage minus pads gave the coaching staffs an opportunity to evaluate the incoming freshman classmen along with the team’s junior varsity players from the 2018 season that will be stepping up to fill roles left by graduating seniors from last year’s teams.

“The young guys get a ton of reps,” Macy said. “It kind of gives them an idea of what they need to work on and learning their plays. They got a little nervous today and they didn’t know all their plays, but that’s good for them. That’s part of the learning process.”

“We have a lot of young guys,” noted Coach Schondelmyer. “Those kids are going to make some mistakes and that happens. Basically right now we’re just talking about, ‘if you make a mistake at least make it an aggressive mistake.’ I thought they competed pretty well for their first time ever being in varsity competition.”

Both Macy and Schondelmyer agree they will be ready for the 2019 OHSAA varsity football season. 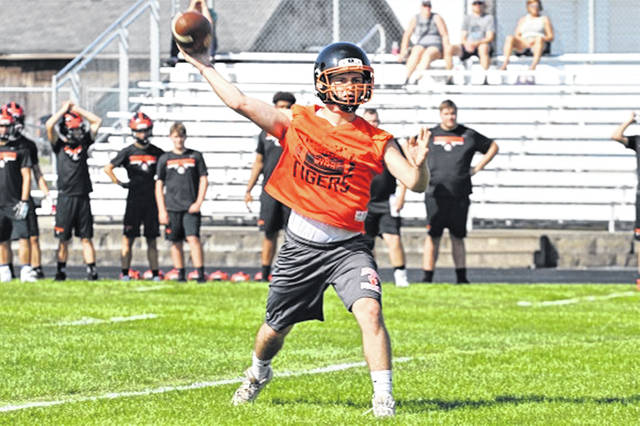 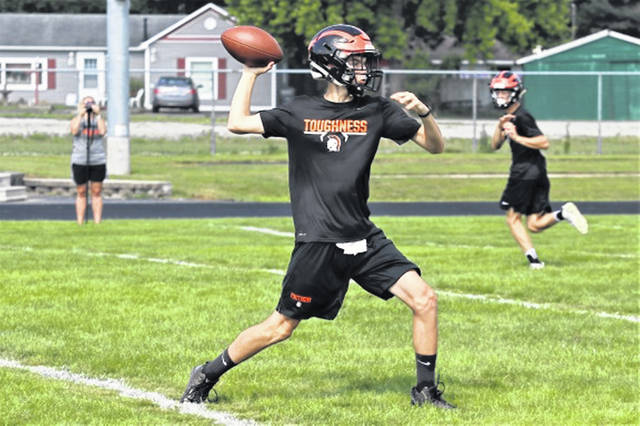 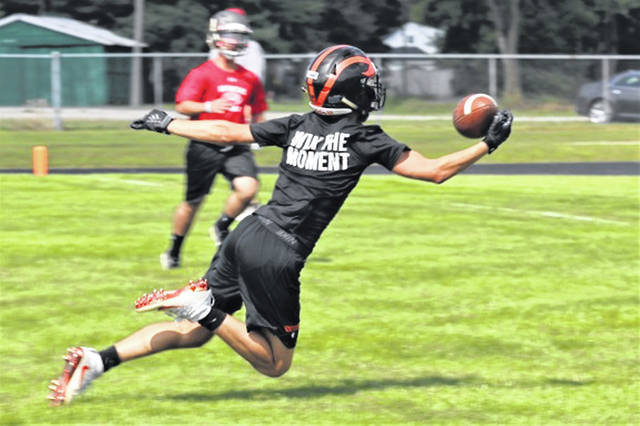 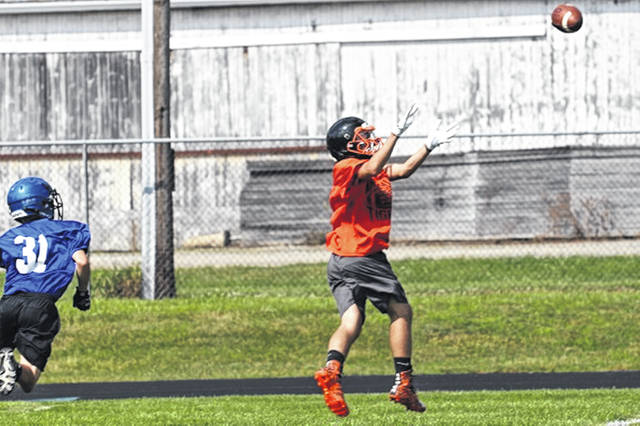 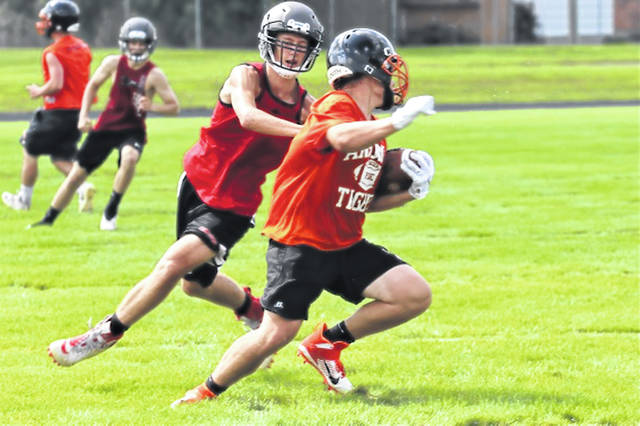 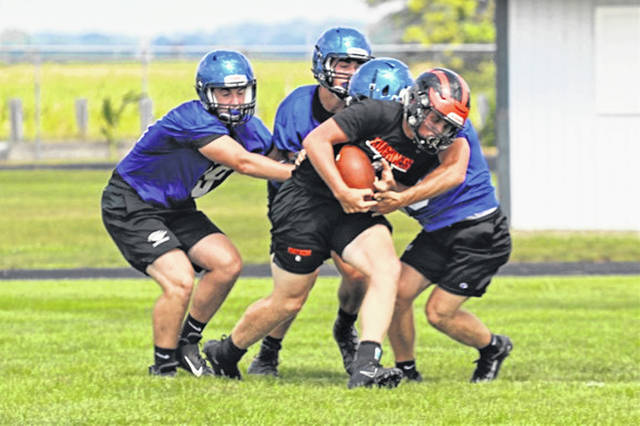 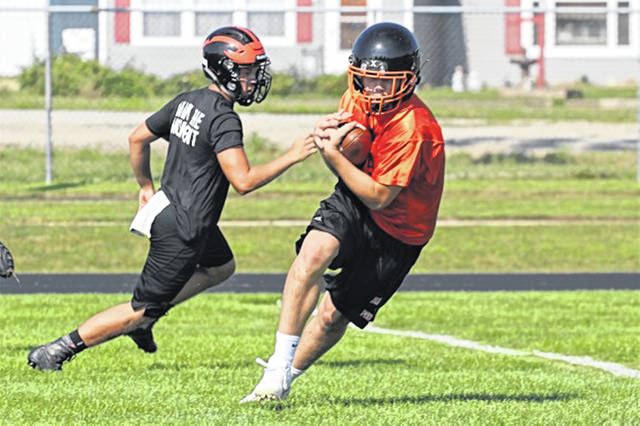 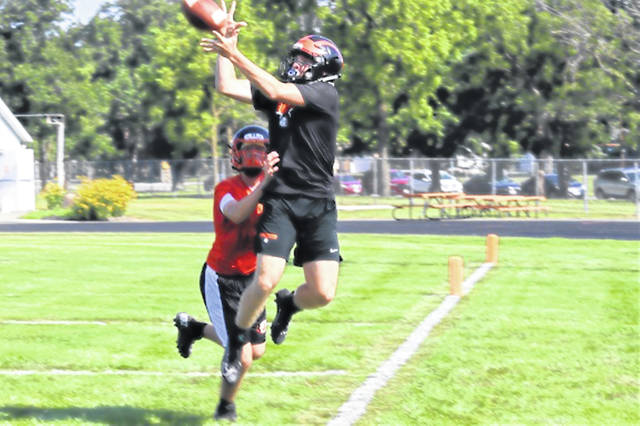 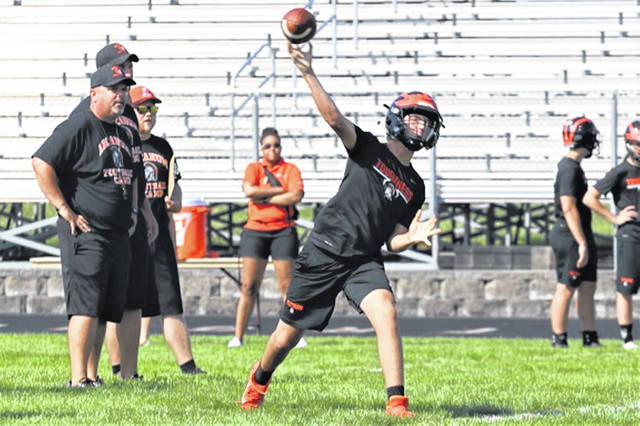 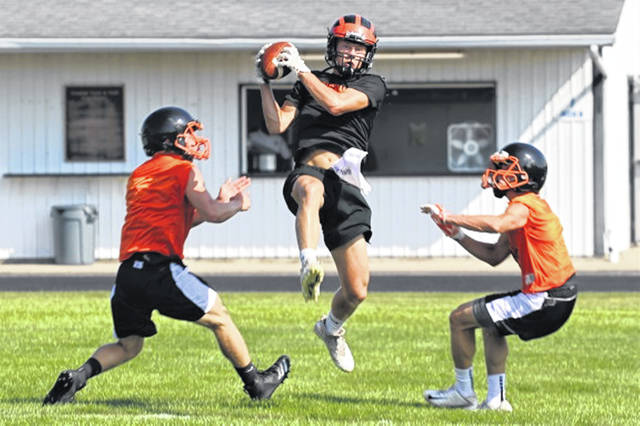