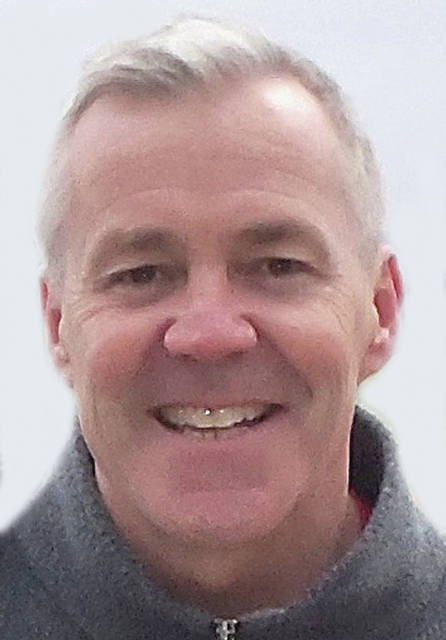 As I wrote in the last installment of this column, Abby and I embarked with about 45 high school students and adult chaperones on a two week excursion which took us to Paris, then southwest to Bordeaux, southwestern France and the northeastern tip of Spain. Then we journeyed east, southeast to various locations in Provence, then on to the French Riviera. Finally, we traveled east and north to Cinque Terre and Milan, Italy before returning home. (Incidentally, the elapsed time from boarding the shuttle to the Milan airport to the moment we pulled in our driveway in Greenville, OH was almost exactly 24 hours. I pause now to thank God for caffeine….).

Well, let me begin by employing a tried and true cliché: It was magical.

We saw and climbed the largest sand dune in Europe. To the west it overlooked the blue and peaceful Atlantic Ocean. To the east, a teeming, deep green pine forest.

We mounted a steep cobble-stone road to experience the breathtaking vista of San Sebastien, Spain located on the Bay of Biscay (and also to work off the several-thousand calorie consumption of tapas we enjoyed at lunch).

We walked in the footsteps of Cezanne and Van Gogh in Arles and Aix-en-Provence; we explored a mystical, medieval (or older) castle (Carcassonne), an amphitheater where gladiators fought and died (Nimes), and an ancient engineering wonder (the Aqueduct at Pont du Gard). At the latter, many locals and tourists sun-bathed on the banks of the Gardon River, including a few topless females. Abby was momentarily and understandably stunned. “What’s that?” she managed to stammer in response to one woman so exposed. “Those are called breasts,” was all I could manage as I attempted to act casual and avert my gaze.

We heard the echoes of the 7 Popes who inhabited the Papal Palace in Avignon from 1309-1377, when the papacy was located there instead of at the Vatican. We walked (and walked, and walked, and walked—my feet are still recovering) along the highways and byways of mountain- and sea-side villages (Cassis!! Eze!! Vernazza!!) dotted along southern France and northwestern Italy. At a certain point, my human psychological weaknesses got the better of me: I found myself muttering silently, “Oh, yeah, there’s another unbelievably gorgeous town. Ho hum.” They. Are. Everywhere.

We stood in the shadow of La Scala and ascended to the roof of the Cathedral of Milan, which took nearly 600 years and several tons of marble to complete (of it Mark Twain, of all people, remarked, “They say that the Cathedral of Milan is second only to St. Peter’s at Rome. I cannot understand how it can be second to anything made by human hands.”). Yet, this impressive list does not come remotely close to doing justice to the sights and sounds and smells and textures of our two week experience, a fortnight better termed—for me, anyway— a middle-aged man’s European epiphany.

For those who didn’t know already, I’m what is sometimes referred to as a “people guy.” No matter what I’m doing or where I find myself, it nearly always comes back to people. For all the

history and culture and spectacular scenery I was lapping up, it still came back to the people: our official guide, Hugo, our fellow travelers, our adult guides (oh, Stephanie and Danielle—I can never thank you enough), fellow parents (those present and those waiting anxiously at home), and perhaps especially those darned adorable, spunky, bright, flexible, unique, fun, clever, and generous adolescents! They have restored my faith in humanity and in our future.

Which brings me to my final (for now) observation, the essence of this middle-aged man’s epiphany. Thanks to my wife and mother-in-law, I was given an extraordinary gift—surely a highly unusual one for a man preparing to enter his 7th decade on the planet: two weeks in France, Spain, and Italy with my 17 year old daughter. Two weeks of French countryside and gelato and cathedrals, of the Riviera, and Monaco. Two weeks of unbelievable, new experiences—food and history and culture. Yes, all this but so much more.

Two weeks of long, desultory conversations as we drifted off to sleep in cramped hotel rooms. Two weeks of laughter at our tortured attempts at speaking French in stores or restaurants, of stolen glances, of speculation about what was transpiring back home (more on that in the next installment of “Virtue and Mischief”), of shared meals, of eye-popping experiences in European bathrooms. Two weeks of reconnecting with my little girl…who is no longer a little girl, but a burgeoning adult who is not yet above putting her head in my lap when exhausted on a lengthy train or bus ride. Two weeks of a slowly evolving epiphany that my daughter, Abby (“father’s joy”), is becoming a fine and graceful and interesting and beautiful human being.

The French Promenade could not possibly have given me anything finer than that.