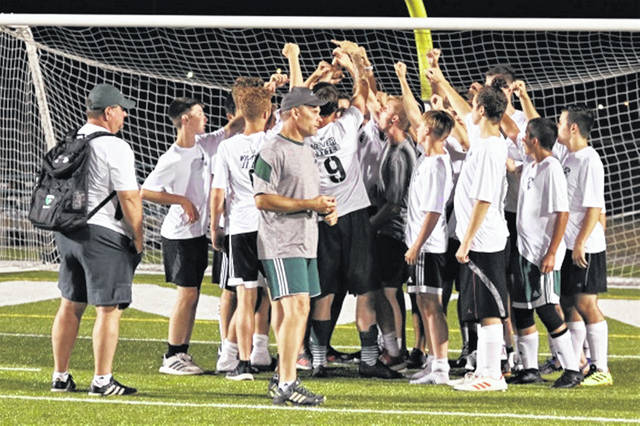 “It was very good night,” said Greenville varsity boys coach Mark Coppess. “The boys have been working very hard – tonight it showed. The atmosphere this year is awesome.”

Davidson drilled his second goal of the night at 2:30 in the first and nailed his third goal with 1:33 showing on the first half clock to send the teams to the halftime break with the high schoolers leading 3-1 over the alumni team.

Miles Gordon took advantage of a Xavier Maitlen assist to score the lone goal of the second half giving the Greenville Senior High School varsity boys soccer team a 4-1 win over the alumni team.

“We went to Cedarville for three days and they learned a lot there,” Coppess said. “We learned a lot about the team and got some comradery working. We worked a lot of team building things.”

“We’ve been working hard two a days,” added Coppess. “We have a great attitude, a great atmosphere coming with the team this year. It’s a lot like it was my first year here with that group of seniors. That group was an awesome group and this group this year has that same intensity. It’s going to be an exciting season.”

The Greenville junior varsity team fell to the alumni team 5-1 in the nightcap match. The GHS alumni took a 4-0 lead to the break before the JV squad would play the second half to a 1-1 standoff with Ethan Coppess knocking in a second half goal for the high school JV team.

“There are a lot of freshmen on that team,” Coppess said. “A lot of first time guys so it’s different for them, but I’ve seen a lot of good things. A lot of those guys are going to contribute this year and help.”

Coach Coppess was not only pleased with both the varsity and JV’s play, but the large number of participants from the former Greenville soccer players as the soccer program continues to show improvement.

“We keep trying we do things with the middle school,” stated Coppess. “We keep trying to grow things and make it public. It shows with 34 alumni coming back and playing. Brent DeVoss started that years ago. We’ve always had a great alumni and we try to carry on that tradition. A lot of these guys have been through me now so I’m starting to get some of my alumni back in here – it’s awesome to see.” 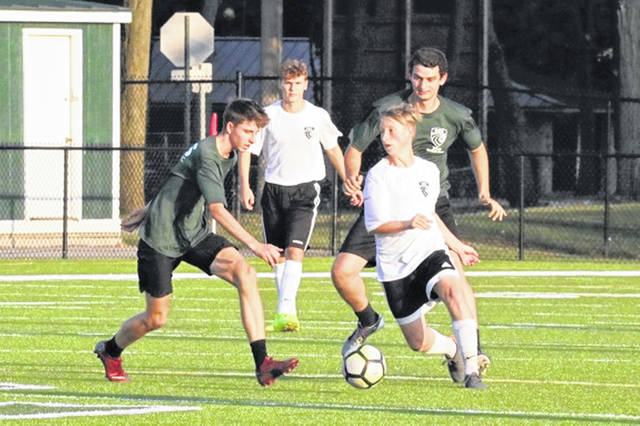 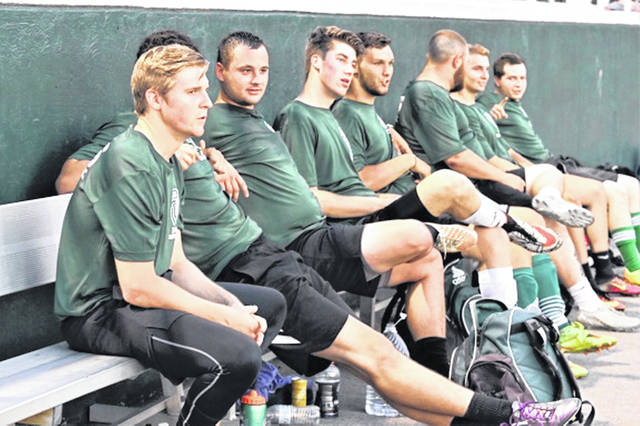 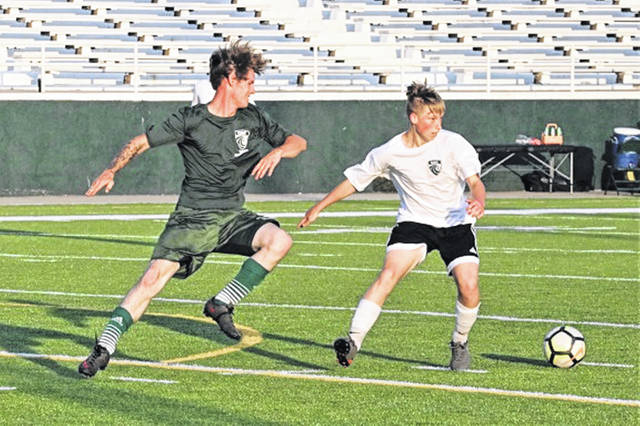 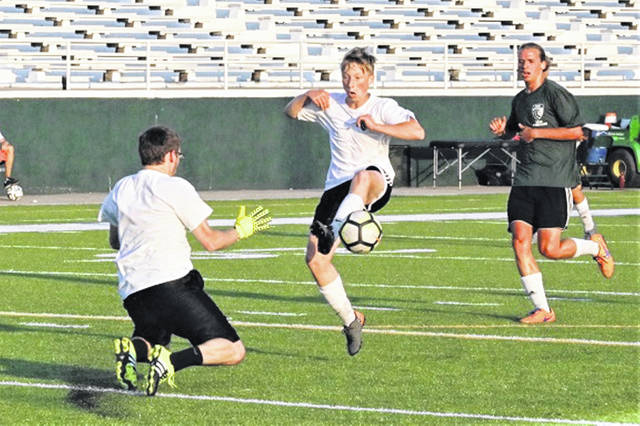 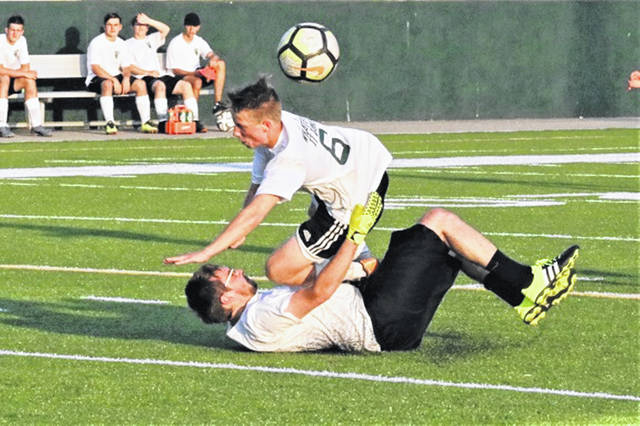 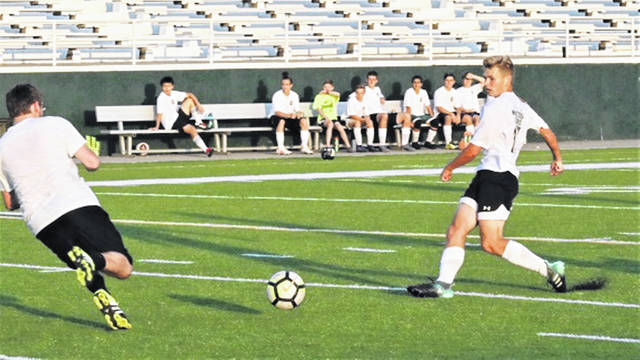 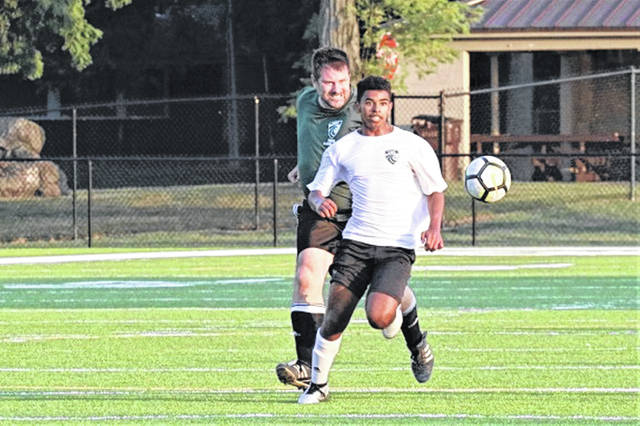 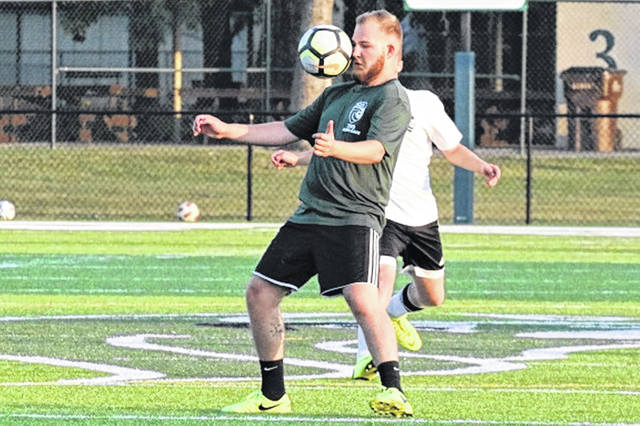 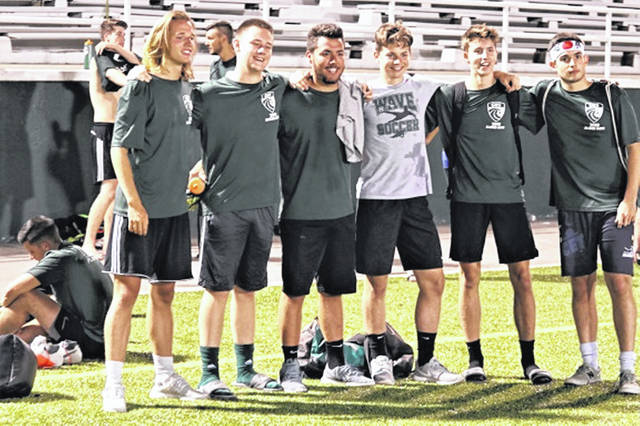 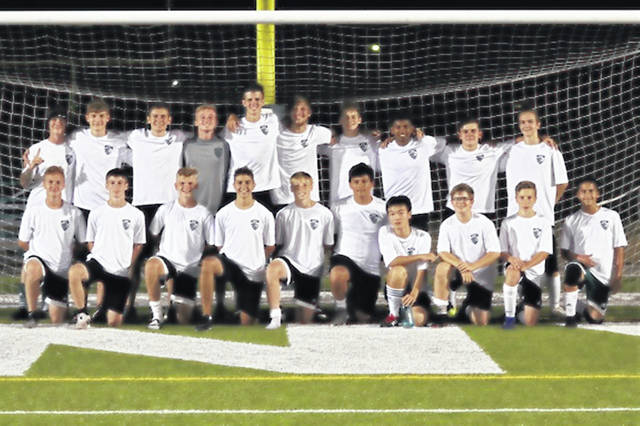