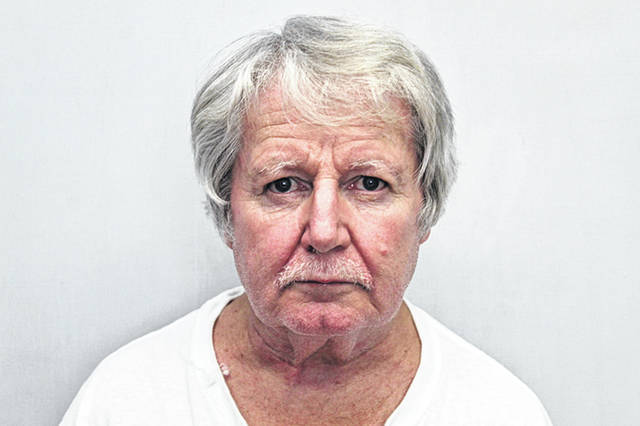 Guffey, of Muncie, Ind., was indicted back in April on four counts: Possession of heroin, morphine, and fentanyl-related compounds, all fifth-degree felonies, and a failure to appear, a fourth-degree felony.

Guffey had previously made an appearance in Darke County courts via video from the county jail in July. At the time, he had failed to show for a preliminary hearing shortly after his initial appearance on April 3. He cited theft charges in Indiana that transpired before the Darke County indictments and his subsequent incarceration as the reason.

Guffey also failed to show for a hearing on Oct. 21. Court-appointed defense attorney, Randall Breaden, explained the recent failure to appear was due to an injury resulting in his client’s hospitalization in Anderson, Ind. That Guffey had otherwise been checking in regularly.

In exchange for a guilty plea on the first three charges, the failure to appear was dismissed.

Guffey was released on an own recognizance bond and will be sentenced on Jan. 31.

In exchange for a guilty plea to the first possession charge, count two, as well as a pending drug-related charge stemming from a Sept. 9 incident, would be dismissed.

While the court did not elaborate on the case — State v. Soto — involves a father who was charged with child endangering and involuntary manslaughter after what was deemed as the accidental death of his two-year-old son.

Soto entered into a plea agreement to child endangering with the involuntary manslaughter charge dismissed. He served five years in prison.

Years after his release, Soto admitted he had beaten his son to death and was subsequently charged with murder, aggravated murder, and multiple other offenses, leaving the court to debate the Fifth Amendment to the U.S. Constitution prohibiting double jeopardy.

“You can negotiate charges away [but] you have to make it really clear what’s going on,” continued Judge Hein, clarifying to the defendant the dismissed charges.

Sentencing is slated for Jan. 31.

Robert E. Fields, 66, also made an appearance in court for a change of plea on an amended charge for failing to provide notice of a change in address, a third-degree felony.

According to prosecution, Fields had “disappeared” from Darke County on March 26 only to turn up a month later in Wayne County, Ind., where he also failed to register.

Fields gave a guilty plea to the amended charge. He was facing a 36-month prison sentence due to prior failures to notify a change of address. However, as part of a plea agreement, he was sentenced to 18 months in the Ohio Department of Rehabilitation and Corrections.