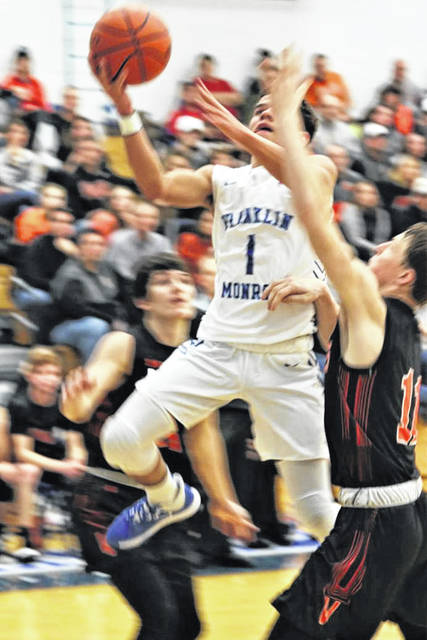 “We didn’t play our best here tonight,” said Versailles coach Travis Swank. “Credit to FM. they really packed it in in their zone – made us shoot from the outside.”

Franklin Monroe used a zone defense the entire evening in an attempt to combat the Tigers size and inside game.

“We put it in for 40 minutes today,” Franklin Monroe coach Troy Myers said of his team’s zone defense. “I thought our kids did a really good job.”

Versailles took an 18-9 lead after one period of play before the pace slowed down with the Tigers scoring nine second quarter points while FM could only muster 4-points.

The Tigers’ four first half 3-pointers made the difference in the first half sending the game to the break with the visitors leading 27-13.

“Early on in the game we did hit a lot of threes,” Swank noted. “We had four (threes) in the first quarter and did not hit a lot from there on out.”

Period No. 3 went to Versailles by an 11-6 score with the Tigers leading 33-19 with one quarter to play.

The final period went to Versailles 11-7 for a 23-point win over the Jets.

“We had a plan – we did not want them to score at the rim and that was evident,” Myers said. “They made shots from the perimeter early on and it deflated us in a hurry. You try to get some misses and keep the game tight.”

The win keeps the Versailles Tigers perfect on the season with a 10-0 record.

Michael Stammen and Ben Ruhenkamp led Versailles and all scorers with a game high 12-points each. 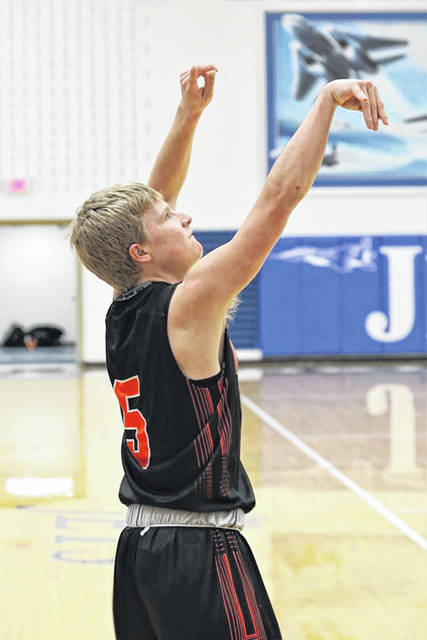 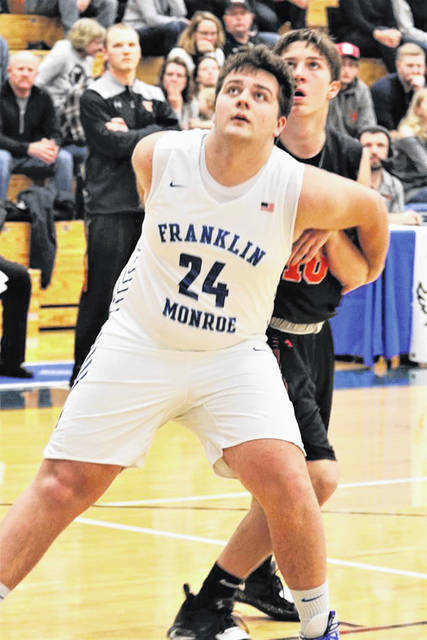 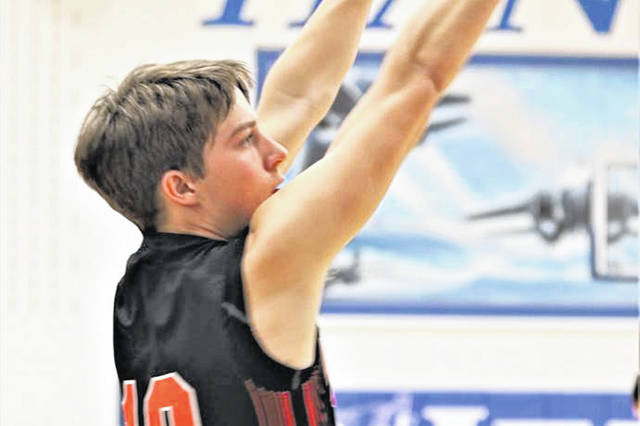