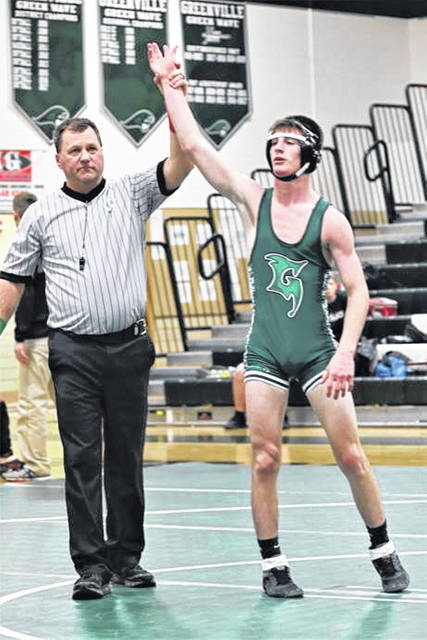 “All my seniors are real good kids, real good wrestlers,” said Greenville coach David Guillozet. “They are all captains for the team this year.”

Covington opened the night to go up 6-0 with the Buccs Dalton Bishop (106) winning by a forfeit.

Greenville’s Drayke Kallenger (113) pinned Brian Morrison in 1:27 and Wave senior Andrew Stachler (120) pinned the Buccs’ Banks Koffer in 3:41 to give the Greenville wrestlers an early 12-6 lead.

“Andrew Stachler is having a great year,” Guillozet stated. “He has only lost four matches all season. He is starting to put things together, he has his attitude right, he is working hard in practice and he is doing well.”

The visitors won five consecutive matches including four by pin while adding a forfeit to lead 42-12.

At 170, two district qualifiers, Greenville senior Zane Mancillas and the Buccs’ Trentin Alexander went the distance on the mat with the Wave’s Mancillas earning a 4-1 senior night win.

“Zane Mancillas is one of the nicest kids I have ever coached – really good kid,” said Coach Guillozet. “He works very hard in practice and it is paying off.”

“Tytan Grote is doing really well this year,” Guillozet said. “He is having a good season – super kid.”

“I can’t say too much about our seniors,” Coach Guillozet said following the match. “They come in, they do their time, they do what is asked of them and that is all a coach can ask.” 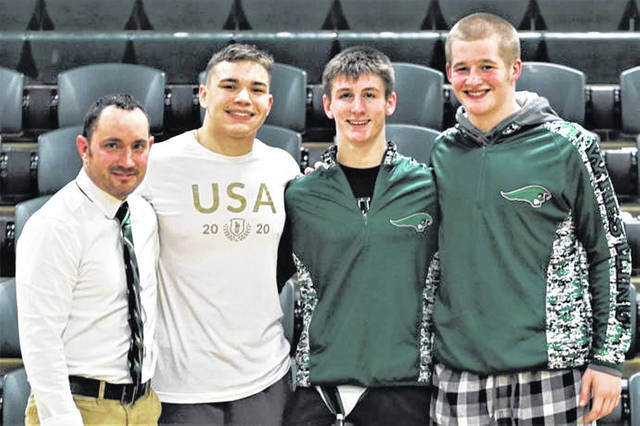 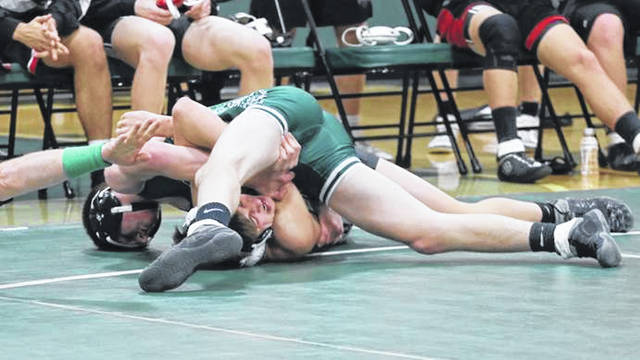 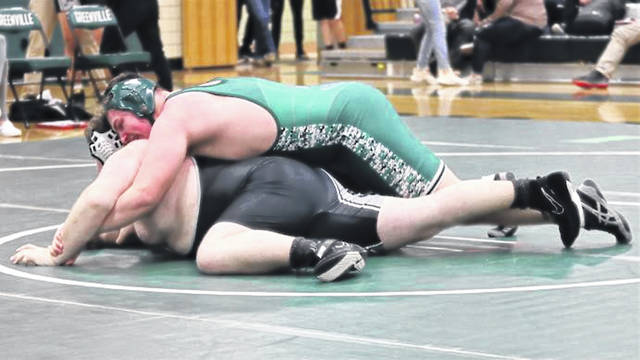 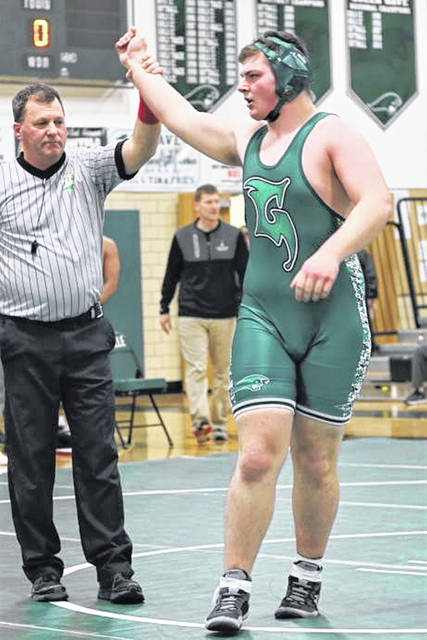 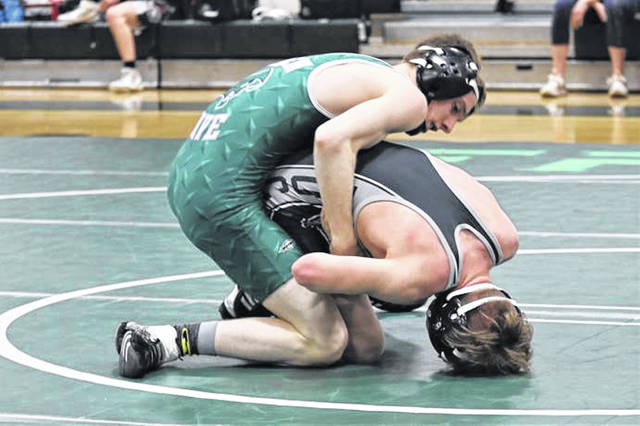 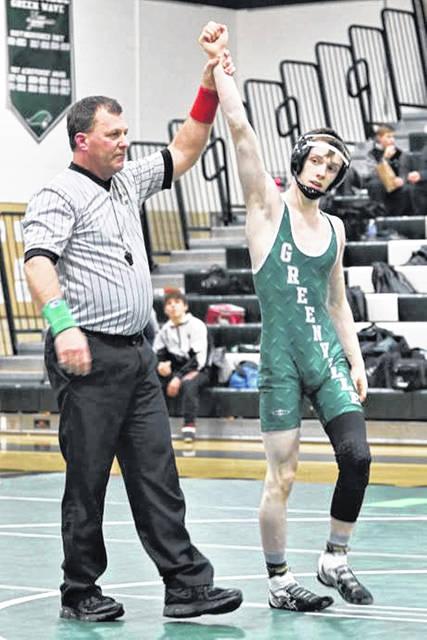 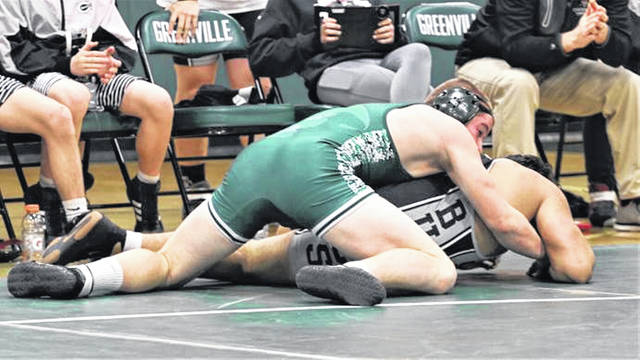 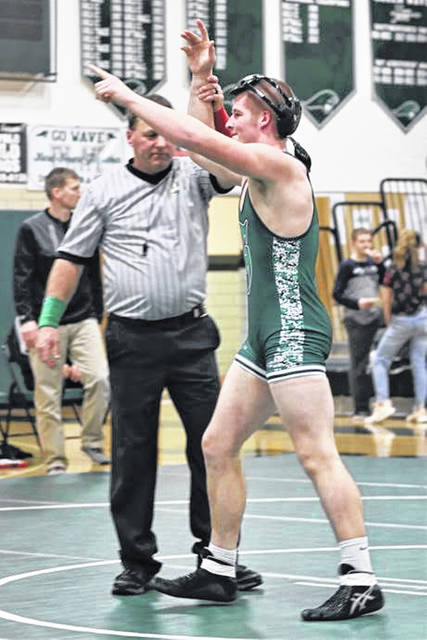 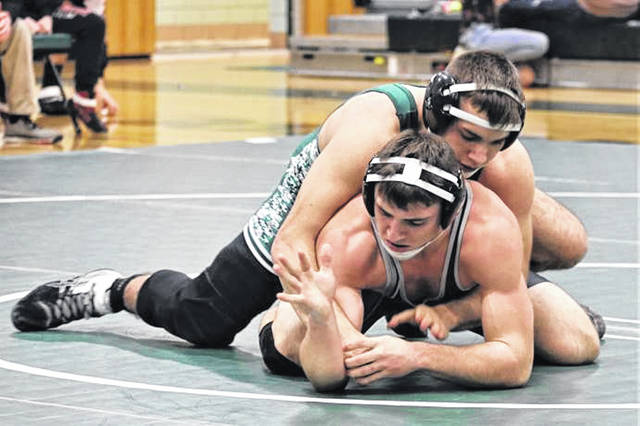 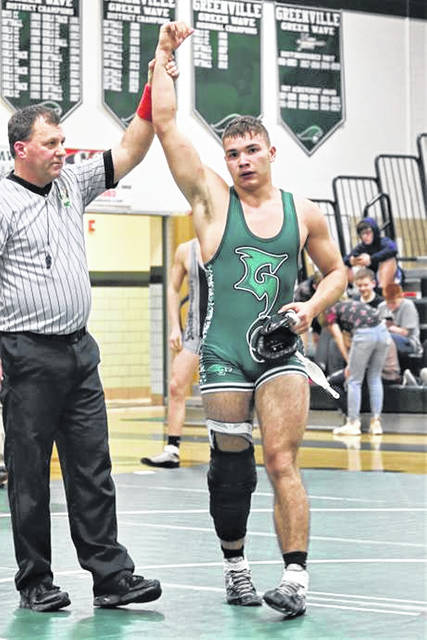 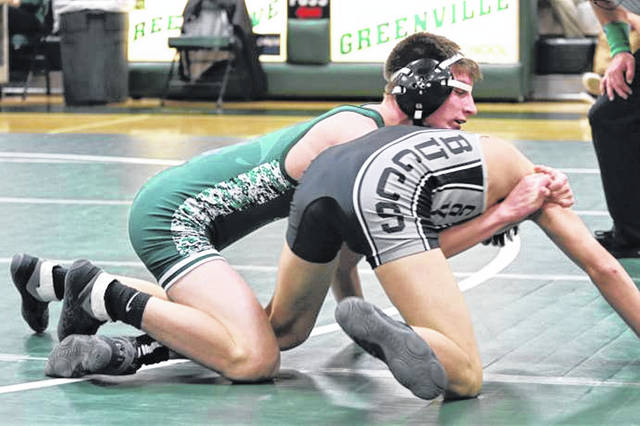