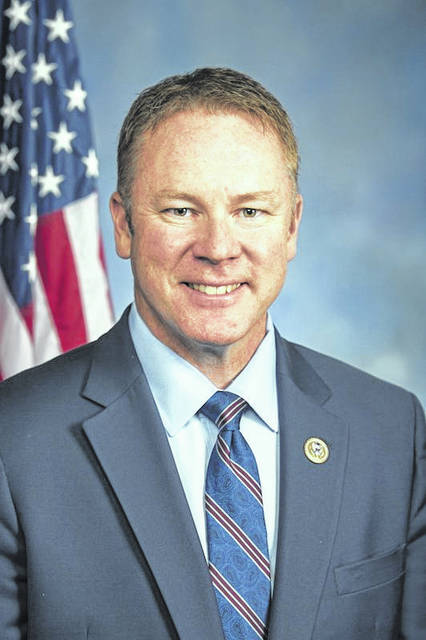 DARKE COUNTY — Rep. Warren Davidson (R-Troy, Ohio) visited the National Personnel Records Center (NPRC) in St. Louis, Mo., on Monday to express his concern with the nearly 500,000 backlogged veterans record requests. As a result of COVID-19, the NPRC has been understaffed and unable to process record requests in a timely manner, which has led to major issues regarding veterans benefits that include medical care, service awards, military honors at funerals, student loan and mortgage assistance, and other services for veterans facing homelessness, even COVID-19 vaccines.

The NPRC closed over a year ago, and has been sporadically working at a very limited capacity, at times as low as 25 percent of their usual staffing. The result is that veterans are waiting inordinate periods of time to access benefits they earned while serving, and some have been buried without honors because of these delays.

Thomas Pitman, Director of Darke County Veterans Services, said that certain Darke County veterans have been forced to wait upwards of three months to receive the response needed to acquire benefits. Pitman confirmed the issues are being felt in a big way, and the delay has made it difficult to properly care for veterans throughout the county.

“The biggest problem that we’ve had is a veteran passing away and the family doesn’t have the discharge,” said Pitman. “Recently, we haven’t been able to get some of the requests back and a number of veterans have not received proper military honors at their funeral.”

Pitman went on to state that his office has been able to receive discharges via phone call in emergency situations, but submitting requests to the organization has simply not worked how it has in the past. The typical turnaround time, prior to COVID-19, was two to three days.

In December, when Congress became fully aware of the issue, nearly $15 million was sent to the NPRC in an attempt to ensure it had the resources needed to properly aid veterans. However, there hasn’t been much progress. Davidson, and a bipartisan group of his colleagues, view the NPRC’s recent mishaps as completely unacceptable.

To address this issue, Davidson, alongside Rep. Deborah Ross (D-NC), spearheaded a letter to ask the Biden Administration to designate NPRC employees as essential healthcare workers for the purpose of prioritizing the center for vaccinations, testing, and PPE. In addition, they are reevaluating the center’s safety guidelines and how to properly staff the call center, and are continuing to look for ways to increase staffing or overtime pay to eliminate the backlog. According to Davidson’s office, the letter has support from nearly 150 members of Congress from both parties and is still gathering support.

Speaking to his visit Monday, Davidson told The Daily Advocate he heard some good things, and frankly, some very disappointing news. He is primarily concerned with how the backlog is continuing to grow, which will further complicate the process. The congressman said the NPRC has a plan to completely clear the backlog within 18 to 24 months, something that he and his colleagues view as an unacceptable timeline due to the many time-sensitive requests being submitted.

Davidson continued to state that there is currently no plan to bring the NPRC staffing back to full capacity. He said the recent pressure put on the institution has ensured vaccines for everyone working at the facility, but the lack of concrete planning to resume work will remain an issue if it’s not quickly resolved. Davidson stated that the NPRC is an extremely essential institution if the U.S. intends to keep its promises to service veterans. The sense of urgency just isn’t there, he said.

Davidson said that he and Ross are working to get a meeting with President Biden’s Chief of Staff, Ron Klain, which will hopefully happen sometime next week.

“There is no one on the other side of this issue,” said Davidson. “Everyone wants to solve this, it’s not a partisan issue. The energy towards solving this has been there all along.”

To complicate the process, Davidson noted that the NPRC is in a years long, if not decades long, process to digitize veterans records. Without digital records, the typical “work-from-home,” process throughout the pandemic has, so far, not been successful. He said that Congress supports the digitization of records, but as of now, the NPRC doesn’t have a plan to fully incorporate its workforce into a digitized management system.

“So many companies, government agencies, and any number of entities have found ways to achieve their mission throughout the pandemic,” said Davidson. “We view this as a major issue, and, overall, the feedback we’ve received has largely been unacceptable.”

Davidson said he hopes his meeting with the White House will shed light on the urgency of this issue, and encourage swift action to ensure the backlog is cleared in a matter of days or weeks, not months or years.