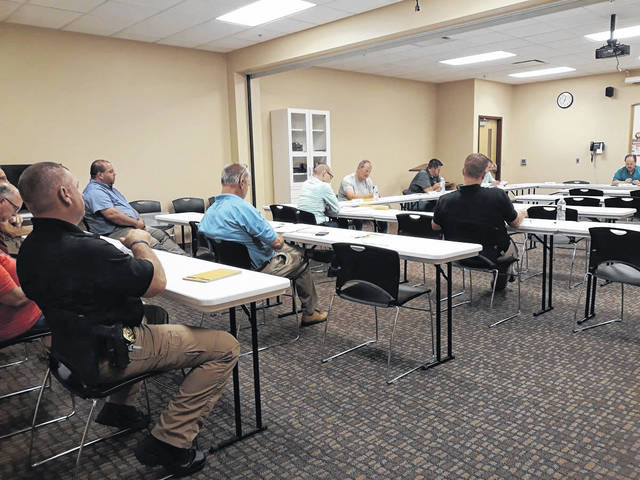 VERSAILLES —Poultry Days, wells and future events were among the top agenda items discussed at the Village of Versailles Council meeting Wednesday night.

The council’s first order of business was hearing a short presentation by Ken DeMange, representative from the Versailles Alumni Association.With other members in attendance, DeMange invited the Council to consider support for a new community event, “Versailles Music Fest,” tentatively scheduled for Saturday, Sept. 11., from noon until 11 p.m., at Heritage Park. Similar to the Bicentennial Festival from year’s past, the event’s purpose is to showcase talented community members and alumni, with 12 bands slated to perform on three stages throughout the day.

Because the new event will raise funds to promote scholarships and opportunities for community members, the Alumni Association requested that council consider covering the cost of providing power for the event. Kyle Francis, Assistant Village Administrator, reported that total cost of labor/installation of power for the event would be slightly more than $11,000. Because Heritage Park sits on private property, council discussed various ways to provide power. After motion was made and seconded, the council approved the request, and Alumni Association members thanked the council for their support.

Village Manager Mike Busse presented his report, stating that Tom’s Construction is working ahead of schedule on the Virginia Street Project, completing the underground utility work, with curb and gutter installation to begin next week, and sidewalks to be completed thereafter. A third pay request has been submitted in the amount of $184, 246.10, of which $105,021. will be paid from the 1/2 percent funds, and $79,225.10 by the OPWC.

Also in his report, Busse highlighted the progress being made in the village’s water and sewer projects. Jackson Well Drilling Service has completed the cleaning of Well #2, with an increased output of 43 GPM.

In addition, Busse noted that the Village has a conference call with the Ohio EPA to discuss the site plan for Well #11, which will replace Well #8. The cost of either replacement or clean/relining is estimated around $30,000.

“The plan is to replace it with a 10” well. Over time, these older wells have been relined and rescreened, which slows down output,” said Busse. “Drilling any new wells will be a challenge, but we are working through them, and moving forward.”

Busse noted that while the weather has been a bit chilly, causing the pool to close early, the warm weather promises many more fun days in the sun. Although the pool’s vacuum system motor was down earlier this week, the pool will remain open while the motor is replaced. The pool has been training several new life guards for the pool.

“Swimmer safety is our #1 concern. We want to make sure that everyone is well-trained. We are also working through the unpredictable weather issues,”said Busse, adding, “We want to keep the pool open as much as we can.”

Finally, both Busse and Mayor Jeff Subler invited the community to enjoy the upcoming Poultry Days, June 11 to 13. Subler especially highlighted the opportunity to raise money for local Versailles charities by visiting the Dunk Tank on Saturday, June 12. Police Chief Josh Brolin will be in the Dunk Tank to raise funds for the KinderCorner Pre-school Saturday, from 3 to 4 p.m.

“Come down and Dunk the Police Chief for a good cause!” said Subler, jokingly. 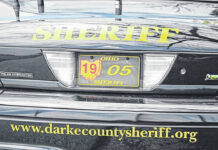