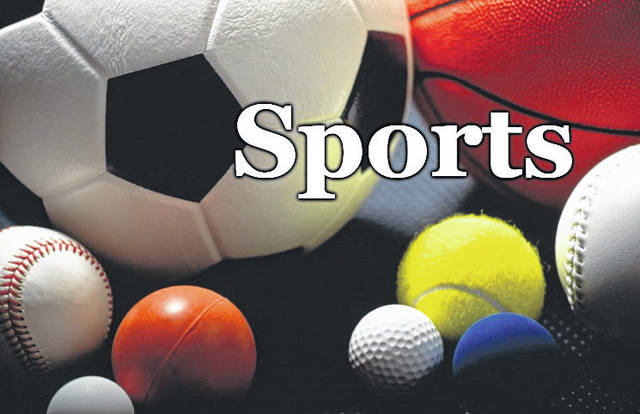 CLEVELAND (AP) — Case Keenum and KhaDarel Hodge spend a lot of time practicing together and have developed chemistry.

They put it to use Sunday.

Keenum showed why Cleveland invested in him to back up Baker Mayfield, throwing a 7-yard touchdown pass to Hodge while leading the Browns to a 17-13 win over the New York Giants in an exhibition game.

Keenum connected with Hodge to end Cleveland’s opening possession. The veteran QB finished 9 of 12 for 74 yards with an interception while playing most of the first half.

“He just brings a lot to the game.”

The Browns (2-0) rested Mayfield, running back Nick Chubb, All-Pro defensive end Myles Garrett and most of their starters for the second straight week.

So did the Giants (0-2), who got a 1-yard TD plunge from Devontae Booker in the first half when both teams played second- and third-stringers.

New York’s No. 3 QB Brian Lewerke threw a TD pass to David Sills in the fourth quarter to pull the Giants within one. Instead of kicking the PAT, New York coach Joe Judge went for 2, but the Browns stuffed running back Gary Brightwell at the line.

The Giants had another late chance, but rookie safety Richard LeCounte III intercepted Lewerke in the end zone on the final play.

Keenum has made 62 career starts, and the 33-year-old’s experience gives Browns coach Kevin Stefanski a solid insurance policy in case Mayfield gets hurt or he’s needed for clean-up duty.

Cleveland signed Keenum to a three-year, $18 million free agent contract in 2020. It seemed pricey, but his relationship with Stefanski — they were together in 2017 with Minnesota — and his value in mentoring Mayfield made it worthwhile.

Other than a forcing a throw into the end zone, Keenum did what was asked.

“He did a nice job operating,” Stefanski said. “Did not like that interception down there in the red zone — we can’t do that, and he should not do that. He knows that.”

The preseason matchup concluded a four-day visit by the Giants, who practiced against the Browns for two consecutive days.

The joint workouts were heated and the teams refrained from fighting during the sessions before Browns cornerback Troy Hill and New York wide receiver Sterling Shepard squared off after Friday’s practice. Hill played, and Stefanksi intimated it was punishment for throwing punches.

For the second consecutive game, Stefanski kept his starters on the sideline. And Judge followed suit, resting QB Daniel Jones and most of his first-teamers with the exception of his revamped offensive line, which needs extra work.

Judge plans to play his starters in the first half next week at New England, a “dress rehearsal” for the opener.

“The goal going to New England next week will be to get the team as narrowed down as possible without making all the final (roster) decisions,” Judge said.

Browns kicker Chase McLaughlin, who is pushing incumbent Cody Parkey for the job, booted a 49-yard field goal with 2:29 left.

Stefanski said Parkey sustained a quadriceps injury at some point. He did not describe its severity.

Browns rookie Greg Newsome II appears to have won his competition with Greedy Williams for a starting cornerback job.

Newsome finished a strong week with two tackles and the Giants didn’t throw his way,

“Incredible athlete,” linebacker Malcolm Smith said of Newsome, a first-round pick who also took some snaps in the slot. “He’s got a great feel for the game, good ball skills, everything you want in a corner.”

Williams sustained a groin injury. It’s the latest medical issue for Williams, who missed all of 2020 with a nerve injury in his shoulder and left Friday’s practice with a migraine.

Browns: LB Montrel Meander was carted off in the third quarter with an Achillies tendon injury.

FirstEnergy Stadium was allowed to be at capacity for the first time since the regular-season finale in 2019. Only 12,000 fans were permitted inside the 65,000-seat stadium last season because of the COVID-19 pandemic.

Giants: Judge is taking his team back to his old stomping grounds as New York will practice twice against the Patriots in Foxborough before returning home to host New England on Aug. 29. Judge spent eight seasons on Bill Belichick’s staff.

Browns: Stefanski may finally play his starters in a visit to Atlanta on Aug. 29 in a nationally televised game.