VERSAILLES — The Versailles Tigers hosted a Jr. Cheer Camp this past Friday.

The theme for Jr. Cheer Camp was a play on 9-11. With the 20th anniversary of the event happening the next day, the girls wore red, white, and blue shirts to commemorate the day.

“Seeing the excitement in the little girls is the best because I know this camp means a lot to them,” Senior Captain Elizabeth Eiting said.

“I like kicking and doing cartwheels,” Katherine Marshal said. “It makes me happy.”

Cheer camp is a way for young girls to express themselves and get out of their comfort zones by being in front of a large crowd.

“All the girls weren’t shy this year. Everyone was really outgoing,” Eiting said. “The camp is such a great opportunity to see what cheer is really about, and it is just a great time.”

Eiting has been cheering for years and enjoys wearing the uniform with pride as she performs in front of the fans. However, for some of the little girls, performing in front of a large crowd can be a little intimidating.

“I love actually performing at the game. It is a little bit scary though,” Kendall Keihl said. “I am sad though because I want to do it again.”

Nerves or not, the young cheerleaders wish they could perform more than once and will look forward to next year’s Jr. cheer camp. 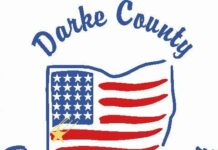