Kevin E. Jones, 36, of Dayton, was sentenced to 60 months of community sanctions for attempted failure to comply with the order or signal of a police officer, a felony of the fourth degree. Jones entered a plea agreement in September and part of the agreement was a guilty plea to reckless operations of a motor vehicle resulting in four points being added to his license. 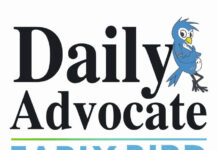