The Daily Advocate & Early Bird NewsNews, Sports, Obituaries, Classifieds, Events and more
Home Opinion Columns What do we do in the meantime?
Facebook
Twitter
Pinterest
WhatsApp 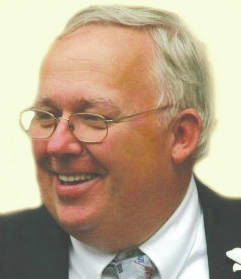 For roughly 2,000 years, Christians have looked to the skies for the return of Jesus Christ.

We started looking the moment Christ ascended into heaven. At the ascension, an angel said to those present, “Ye men of Galilee, why stand ye gazing up into heaven? This same Jesus, which is taken up from you into heaven, shall so come in like manner as ye have seen him go into heaven” (Acts 1:11).

During Christ’s ministry, He mentions several times that one day He would return. Jesus’s statements about His return often left the disciples scratching their heads, but they understood once He left.

The Apostles and the early church believed that His return could come at any moment. One example of this is 1 John 2:28. Notice how the wording is such that the event could happen at any moment, not necessarily centuries into the future. “And now, little children, abide in him; that, when he shall appear, we may have confidence, and not be ashamed before him at his coming.” There are multiple verses in the New Testament giving the same implication.

Moving forward around 1,900 years, in 1948, after being destroyed by the Romans in AD 70, Israel became a nation again. Israel’s rebirth brings the church a renewed interest in prophecy and, in particular, the Second Coming.

It took about 20 years, but books and movies about the rapture and other prophetic events emerged in the late 1960s. Since then, the books and films continue, churches have started holding “prophecy conferences,” and it seems like everyone, Christian and non-Christian alike, has an opinion about the end times. Even in the secular world, movies, books, and video games often have an end-of-the-world scenario, although usually not based on the Bible.

Today, any saber-rattling in the Middle East, a devastating earthquake, mass civil unrest, hurricanes, blizzards, economic chaos, any ID method involving a computer chip, and countless other events cause people to shout about the rapture, Armageddon, and the Antichrist.

The excitement is good, the Bible tells us, “… for the testimony of Jesus is the spirit of prophecy” (Revelation 19:10).

Just like the early believers, most Christians today believe the rapture can happen at any moment. With the rebirth of Israel and what appears to be signs of His return all over the place, we tend to believe His appearing is more sooner than later.

Since Christ could appear today, next year, a hundred, or a thousand years from now — what do we do in the meantime?

One of Christians’ most beloved passages about the rapture is Titus 2:13. It calls His return “that blessed hope.” However, the main topic of the sentence is not His return but how do we live in the meantime.

With the Bible divided into chapters and verses, we tend to grab verses and fail to look at sentence and paragraph divisions.

Titus 2:13 is in the middle of a sentence that stretches from verse 11 through verse 14. Titus 2:11-14 states, “For the grace of God that bringeth salvation hath appeared to all men, teaching us that, denying ungodliness and worldly lusts, we should live soberly, righteously, and godly, in this present world; looking for that blessed hope, and the glorious appearing of the great God and our Saviour Jesus Christ; Who gave himself for us, that he might redeem us from all iniquity, and purify unto himself a peculiar people, zealous of good works.”

This passage, this one sentence, talks about how we should live as we look for that blessed hope — the glorious appearing of our Saviour, Jesus Christ.

In the meantime, how do we live?

Since God’s grace has brought us salvation, we should get the sin out of our lives — deny ungodliness and worldly lusts.

Living soberly, as outlined above, brings the natural result of living righteously and godly.

The sentence talks so much about salvation and redemption through our Saviour, Jesus Christ. Our appreciation for Him and what He has done for us should overflow from our hearts into our lives and out of our mouths. Our love for Him should cause us to live righteously and godly. Lastly, our appreciation and love for Him should cause us to look toward the heavens — watching for His return. 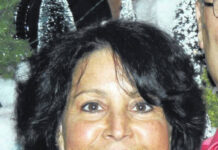 Time is a one-way street 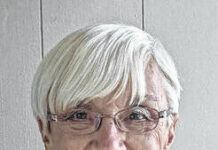 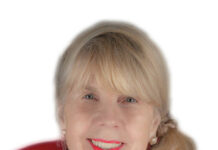 Can we stand together?