DARKE COUNTY — Planting season is upon us in Darke County. However, this spring is bringing no small amount of consternation to both farmers and consumers.

“We did talk about food shortages. It’s going to be real. The price of these sanctions is not just imposed upon Russia. It’s imposed upon an awful lot of countries as well including European countries and our country as well,” he said.

Well before the outbreak of conflict in the Ukraine, grocery shoppers were already being battered with higher prices for food as well as gas. The Ukraine-Russia War, however, has driven price spikes into overdrive.

The war’s impact on agriculture is being felt not only in Ukrainian fields, but in fields and pastures worldwide, including Darke County.

Taylor Dill, Darke County Extension Educator with Ohio State University, says locally grown corn, one of the county’s major agricultural offerings, will play a part in food prices, albeit in a roundabout way.

“Corn production here in Darke County is first and foremost, field corn and not sweet corn. Many people are not aware of that,” she said. “The majority of our corn goes to feeding livestock, hogs, poultry, and ethanol. About 95 percent of Darke County corn is split between ethanol production and byproducts and animal consumption. The last 5 percent is corn oil for human consumption.”

“Ethanol also has many byproducts that can go to animal consumption as well,” she added.

Dill also said herbicides and other pesticides are also rising in price and lowering in availability. Many producers locally and at large will not be able to obtain their normal crop protection products, which is problematic for this year’s crop and future agronomic management of a farm.

That number could very possibly drop this year, given the prices of phosphorus and potassium fertilizer have doubled and even tripled, due to the conflict in Ukraine, as well as the decision by the Russian Federation to ban fertilizer exports in response to Western sanctions leveled at Russia.

According to a Feb. 23 Bloomberg story, Russia is a “low-cost, high-volume global producer for all major fertilizers, and it’s the world’s second-largest producer after Canada of potash, a key nutrient used on major commodity crops and produce.”

On Tucker Carlson’s March 4 Fox News show, Ben Riensche, the owner of Blue Diamond Farming Company in Iowa, told Carlson the sanctions will have a far-reaching impact on food supplies in the very near future.

“Soaring fertilizer prices are likely to bring spiked food prices,” Riensche said. “If you’re upset that gas is up a dollar or two a gallon, wait until your grocery bill is up $1,000 a month, and it might not just manifest itself in terms of price. It could be quantity as well. Empty-shelf syndrome may be starting.”

In the online article “How Will the Invasion of Ukraine Affect U.S. Agriculture?” Ohio State Professor Ian Sheldon and Associate Professor Chris Zoller, say the shock to global commodity markets following Russia’s invasion of Ukraine is expected to be “the largest in the post-war period, and certainly since the oil crisis of the 1970s.”

“Over the past 30 years, the two countries have become major agricultural exporters, accounting for a quarter of global grains trade in the 2021-2022 season (International Grains Council, March 9, 2022). Across key commodities, they account for a 34, 18, 27 and 75 percent share of volume traded of world wheat, corn, barley, and sunflower oil respectively (International Food Policy Research Institute, February 24, 2022),” they said.

“With Russia blockading ports on the Black Sea, 16 million tons of grain are currently stranded in Ukraine, [the] USDA forecasting Ukrainian-Russian wheat exports to fall by 7 million tons in 2021-2022, Australian and Indian exports only partially filling the gap (USDA/WASDE Report, March 9, 2022) Also, despite reports of some spring crops being planted in Ukraine, outgoing Agriculture Minister Roman Leshchenko expects total area sown to be reduced by 19 million acres (Reuters, March 22, 2022),” the two added.

While the conflict in Ukraine is a major driver in spiking food prices, inflation and shortages were already on the upswing prior to the Russian invasion, and will likely impact lower developed countries most.

Sheldon and Zoller say several factors were already driving up food prices, including “poor harvests in South America, strong global demand, supply chain issues, reduced global stocks of grains and oilseeds, and an input cost squeeze mostly due to rising fertilizer prices. Adding in the effect of the invasion, global food prices are now reaching levels not seen since the so-called ‘Arab Spring’ of the early 2010s (UN/FAO, March 2022).”

Quoted in a March 29 ABC News story, David Beasley, executive director of the U.N. World Food Program, told the U.N. Security Council that already high food prices are skyrocketing, and the war in Ukraine has created “a catastrophe on top of a catastrophe.”

Beasley said the U.N. has had to start cutting their rations because of rising food, fuel and shipping costs. He pointed to war-torn Yemen where 8 million people just had their food allotment cut 50 percent, “and now we’re looking at going to zero rations.”

The war is going to increase the agency’s monthly expenses by $71 million because of rising food, fuel and shipping costs, Beasley said. That will total $850 million for a year and mean that there will be “4 million less people we’ll be able to reach.” 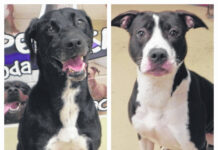 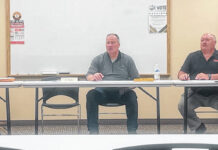 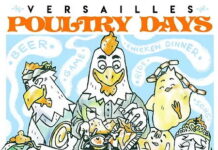