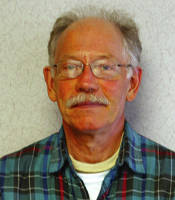 In June 1997, the Chicago Bulls 69-13 coached by Phil Jackson met the Utah Jazz 68-14 coached by Jerry Sloan for the NBA title. The Bulls dispatched the Washington Bullets, the Atlanta Hawks and the Miami Heat to get to the finals and Utah got past the Los Angeles Clippers, Los Angeles Lakers and Houston Rockets for the right to play in the finals.

That finals featured four of the dominant players of that time in Jordan, Karl Malone, the present lifetime assists leader John Stockton, and Scottie Pippen.

Game one was in Chicago at the United Center as the Bulls appeared in their fifth finals in seven years. The game was close throughout with Utah up 42-38 at halftime but Jordan and Pippen each contributed 19 points each in the second half and the Bulls get an 84-82 win with Jordan scoring 31, Pippen 27, Dennis Rodman pulling down 12 rebounds, Karl Malone scoring 23 points and getting 15 rebounds while John Stockton had 12 assists.

Game three moved to the Delta Center in Salt Lake City as the rejuvenated Jazz responded to lead at halftime 61-45 to hold on for a 104-93 victory, led by Karl Malone’s 36 points while Jordan and Pippen contributed 27 and 26 respectively for the Chicago and the series goes to 2-1.

Game four was the lowest scoring of the series with the Jazz led by Karl Malone’s 23 points and 10 rebounds and John Stockton’s 17 points and 12 assists, pulled out a 78-73 win to even the series at two games each. Michael Jordan added 22 points for the Bulls.

Game five still in Utah was a key game in the series as the Jazz led 72-67 after three quarters but the Bulls went on a 23-16 run in the fourth quarter with the help of 15 Michael Jordan points to win 90-88. His performance was particularly impressive as he was playing while having the flu and his three pointer at the end was the margin of victory. The Bull strategy of staying close to the opponent through three quarters and letting Jordan take over the game in the fourth quarter worked for Chicago as Jordan finished with 38 points.

Leading three games to two the series moved back to Chicago as the Bulls again were behind after three quarters but led by Jordan’s 39 points and 10 in the fourth quarter, the Bulls outscored the Jazz 26-16 in the fourth quarter to win the game and their fifth NBA title in seven years with Jordan again getting the finals’ MVP award.

The two teams were back the next year to compete for the NBA title.