VANDALISM: At 12:04 a.m. officers were dispatched to the 500 block of Wayne Avenue in reference to a vandalism complaint. The complainant advised he had been at the 1300 block of Sweitzer Street when a male subject walked towards his truck and broke the orange left turn signal housing. Video footage shows Robert Barton drive up to the complainant’s truck, get out, and walk over to the left turn signal housing. Due to the video angle, there was no image of Barton actually striking the housing. Officers tried to make contact with no success. This case will need more time to locate Barton and issue a citation.

WANTED PERSON: At 9:20 p.m. officers were dispatched to the 5400 block of State Route 49 in reference to a domestic violence complaint. Through investigation, one of the subjects were found to have an active warrant for the original charge of theft, no bond must serve three days. Jennifer Helmer was arrested and transported to the Darke County Jail.

FIGHT: At 7:46 a.m. officers on duty at the Greenville High School learned of a fight that had just happened between two students. The 14-year old male stated he was walking in the hallway when a 15-year old male said his name out loud. The 14-year old stated the 15-year old threatened to fight him before punching him in the face, causing his nose to bleed. Security footage shows the 14-year old walking toward the 15-year old and continues to pursue even when he tries to walk backwards. Both students were picked up by their mothers and were suspended for three days. Both males were issued citations for disorderly conduct.

FORGERY: At 8 a.m. officers were dispatched to the 300 block of North Ohio Street on a reported counterfeit bill. The female complainant advised she is unsure who was in possession of the bill or when the bill ended up in the change box. There are no suspects at this time.

DOMESTIC: At 9:30 a.m. officers were dispatched to the intersection of E. Fourth Street and Tecumseh Street on an assault that was later determined to be a domestic complaint. Through investigation it was found the female complainant went to retrieve her dog from her live-in boyfriend Ronnie Beisner at a nearby address. She advised Beisner had attacked her. Pictures of her injuries were taken for evidence. Beisner was issued a citation for domestic violence.

VANDALISM: At 6:58 p.m. officers responded to the 400 block of Tecumseh Street in reference to a vandalized vehicle. The complainant stated that both tires on the driver’s side of his listed truck had been slashed. He stated he had been in an altercation with his ex-girlfriend and believes she slashed the tires. He did not witness the incident, and the ex did not know anything about the incident. There are no further leads or subjects in this case.

WANTED PERSON: At 8:13 p.m. officers on patrol noticed a subject who had an active warrant sitting inside a garage in the ally behind the 400 block of West Fourth Street. Cory Hobbs had an active felony warrant for a probation violation. He was arrested and transported to the Darke County Jail with no bond.

BURGLARY: At 8:35 p.m. officers were dispatched to the 100 block of East Third Street in reference to a burglary. Ethan Albert was said to have broken and entered into apartments three blocks from his residence. Albert was unable to give a stable alibi for the incident, and he had a history with the victim. Three witnesses positively identified Albert as the subject who broke into the apartment. Pictures of the broken doors, broken property, and trashed apartment were taken and placed into evidence. Albert was transported to the jail on one count of burglary.

WANTED PERSON: At 11:21 a.m. officers were on routine patrol in the area on the 300 block of Chestnut street where they observed a red Ford Edge fail to display a county sticker. During the traffic stop, while the officers exited their cruiser, the right front passenger exited the vehicle and began running. The passenger was later identified as Matthew Hall who had an active warrant through the Darke County Sheriff’s Office for aggravated possession of methamphetamine. He was caught, arrested, and transported to the jail where he was incarcerated with no bond. He was also later found to have had active warrants through Preble County and the Ohio Adult Parole Authority.

WANTED PERSON: At 4:01 p.m. officers were dispatched to the 300 block of Evens in reference to serving an eviction notice to the residence. Subsequently, a subject of the address was apprehended on an active warrant out of Preble County Ohio. Frederick McCoy had an active warrant Out of Preble for failure to appear for trial on a weapons charge. McCoy was arrested and transported to the Dollar General at the county line in West Manchester to be placed into the custody of the Preble County Sheriff’s Office. He will be incarcerated with no bond. 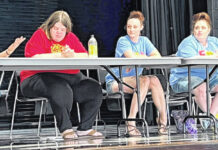 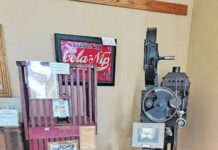 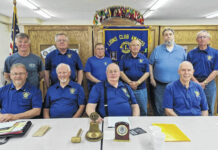