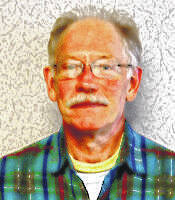 The Mets were managed by Terry Collins with general manager Sandy Alderson and were led on offense by Lucas Duda (27 HR) and Curtis Granderson (26 HR, 98 RS).

They had as starters former Cincinnati Red Edison Volquez 13-9, Yordano Ventura 13-8, and Chris Young 11-6 with Greg Holland 32 saves and Wade Davis 17 saves and a 0.94 ERA in the bullpen.

Game one in Kauffman Stadium in Kansas City was a close game and tied 3-3 after six innings until the Mets got an unearned run in the top of the eighth to take a 4-3 lead into the bottom of the ninth inning.

With Jeurys Familia pitching and one out Alex Gordon homered to tie the game and force extra innings.

The game continued into the bottom of the fourteenth inning until Eric Hosmer’s sacrifice fly scored Alcides Escobar and the winning run for a 5-4 Royal victory.

Escobar also had a solo home run for the Royals as did Curtis Granderson for the Mets.

For game three, the teams moved to Citi Field in New York City. The Mets rallied behind Noah Syndergaard and three relievers with the help of two run home runs by David Wright and Curtis Granderson for a 9-3 Mets’ win and the series goes to 2-1.

Game four followed a similar pattern where the Mets would get a lead late in the game only to have their bullpen not be able to hold it.

Behind the pitching of Steven Matz and three relievers the Mets led 3-2 going into the top of the eighth inning at which time Kansas City scored three runs with the help of a Mets’ error, and the Royals won 5-3 to go up three games to one in the series.

Game five was one of those games that fans from both teams remembered for a long time.

In a rematch of game one starters Volquez and Matt Harvey, Harvey pitched very well as he scattered four hits and struck out nine in eight innings of work and was nursing a 2-0 lead.

Mets pitching coach Dan Warthen and manager Terry Collins made the decision to bring in their closer Jeurys Familia to pitch the ninth inning to preserve the win even though Familia had some blown saves earlier in the series.

However to Familia’s credit it is much easier to start with a fresh inning than to have to come in with runners on base.

But fans watching on TV could see Harvey was upset that he was being lifted and at first appealed to Warthen and then to Collins in an effort to finish the game.

Generally you do things the way you did that got you to where you are and Familia with 43 saves got the Mets to the World Series. It generally is not a good idea to change course in the playoffs.

Harvey got his way and went out to pitch the ninth inning and promptly walked the first batter, Lorenzo Cain, and the next batter, Eric Hosmer, doubled home Cain. Harvey was lifted and Familia came in and got three ground out outs but another run scored on a fielder’s choice and the score was tied 2-2 after nine innings.

The Royals were energized by the rally and scored five runs in the twelfth inning to win the game 7-2 and won the World Series for the first time since 1985.

Catcher Salvador Perez won the series MVP and neither the Royals nor the Mets have been back to the World Series since 2015.

Statistics for this article were from baseball-reference.com 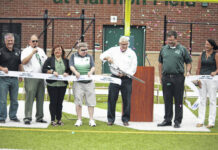