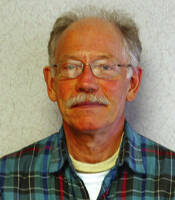 In October 1959, the Los Angeles Dodgers (88-68) managed by Walt Alston with Buzzy Bavasi as general manager, after having defeated the Milwaukee Braves in a three game playoff, met the Chicago White Sox (94-60) managed by Al Lopez with general manager Johnny Rigney.

The White Sox appearing in their fourth World Series and their first since 1919, were led on offense by catcher Sherm Lollar (22 HR) and Nellie Fox (.306 BA) while their pitching staff was anchored by Early Wynn 22-10, Bob Shaw 18-6, Barry Latman 8-5 with Gerry Staley 8-5 and Turk Lown 9-2 in the bullpen.

Game one was in the original Comiskey Park in Chicago with Early Wynn starting against Roger Craig. The game was all White Sox as Wynn had his good stuff and pitched seven scoreless innings while Gerry Staley added two more for an 11-0 Sox victory.

In game two, Los Angeles regrouped and Johnny Podres and Larry Sherry held the White Sox to three runs while the Dodgers put together a three-run seventh inning for a 4-3 win to tie the series at 1-1.

Game three was in the Los Angeles Memorial Coliseum. The coliseum was built in an oval shape with it being 250 feet down the left field line and stretching out to 420 feet in center and right center fields. The game was scoreless through six and one half innings with Don Drysdale pitching for LA. Carl Furillo pinch hit a single drove in two runs in the bottom of the seventh which was all Drysdale needed and the Dodgers win 3-1 to lead in the series 2-1.

In game four, the game one starters Wynn and Craig were back and in this game. Early Wynn was roughed up for four runs in the third inning as the Dodgers led 4-0 until Sherm Lollar homered in the top of the seventh with two runners aboard to tie the score at 4-4.

Gil Hodges however answered in the bottom of the eighth with a solo home run and Larry Sherry came on to close out his third game of the series for a Los Angeles 5-4 win to go up 3-1.

Game five was a pitching duel between Sandy Koufax and the White Sox Bob Shaw with the only run of the game coming in the top of the fourth when Nellie Fox scored on a double play ball by Sherm Lollar. The 1-0 White Sox victory pulled them within one game of Los Angeles in the series, 3-2.

Game six was back in Comiskey Park in Chicago and the Dodger bats came alive for nine runs including three home runs. One each by Duke Snider, Chuck Essegian and Wally Moon as Early Wynn made his third start of the series but lasted only three and one third innings.

Ted Kluszewski’s third home run of the series, a three run round tripper, accounted for all of the White Sox runs.

Larry Sherry got the series MVP and the Dodgers returned to the World Series in 1963 against the Yankees while the White Sox had to wait forty-six years until 2005 to get to the fall classic again.

For Ted Kluszewski, that World Series was a glimmer of his former glory as he had 40, 47, 49 and 35 home run years for the Reds before being bothered by back problems. He later became a batting coach for the Reds for many years.

Roger Craig became famous for popularizing the split finger fastball as a pitching coach and teaching it to young pitchers. One especially proficient pupil was Mike Scott who I remember pitching in the playoffs against the Mets in 1986 and his splitter was almost unhittable as Scott won two playoff games.