GREENVILLE — Business leaders in Greenville should get ready to embrace a major technology shift – that will kill passwords forever in less than five years.

That’s the prediction from local technology expert Mark Howell, owner of Darke Cloud Solutions. “I’ve seen the future of logging in. It’s called passkeys and it’s so easy,” he explained.

“Passkeys have just been introduced by Apple. But all the big tech companies including Google and Microsoft are behind them. And I really do think this will be the end of old fashioned passwords forever,” said Howell. He explained the beauty of passkeys is there’s no need to remember any login details. Instead, when logging in, you use your phone to prove its you.

You must have your phone near your computer. You just unlock it using your face or fingerprint in the usual way. Your phone and computer talk, and you’re logged in. He believes if the tech giants have their way, passkeys will start on our computers and eventually become the standard way to login to everything.

Howell added, “Because this is so much easier, people will want to use it. And it makes phishing scams less likely, as someone won’t be able to login without your unlocked phone near their computer. This is a welcome innovation and I think it’s going to make technology so much easier for local businesses.”

Howell pointed out the first ever password was created in 1961. “I believe passwords have been hated ever since,” he stated.

Darke Cloud Solutions was formed in 2014 and specialises in supporting local businesses in the Greenville area. 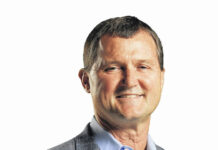 Walker retires as COO from Midmark 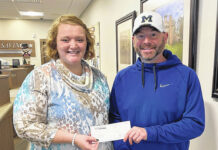