ANSONIA — The Dawn Community Church recently announced it has closed its doors. The attendance became so few that it was necessary to close.

The Church was first established in 1907 as the Dawn Christian Church. The land was purchased from Josepheth and Dora Byrd for $50. Eileen McKnight shared, ” I have no other records until 1984, the trustees of the church building were Carl Ashman, Ernest Wilson and Mirjam Wendel.”

In 1984 the church was established as the Maranatha Baptist Church by the Rev. Jerry Zell. This church existed until July 2008,

In 1994 an arsonist set the front of the building on fire causing extensive damage. It was learned the insurance on the church had lapsed, which was devastating to the congregation. For several months they met on Sundays in a back room that had very little damage. With prayers, help and hard work and funds from the community and several area churches the whole church was refurbished, which took several months.

The congregation could again have services in the sanctuary. The church was re-established as The Dawn Community Church in 1994. The newly remodeled church reopened on April 20, 1997 with the Rev. Monte Evans, as the new pastor.

Later the Rev. Donald Staley and the present Rev. Elvin Shumaker were pastors of the Dawn Church.

The contents of the church building are for sale. Among the items are the pews, pulpits, organ, antique wood altar chairs, wood table, folding chairs, folding tables, fans, step ladder and miscellaneous items and boxes of hymn books. 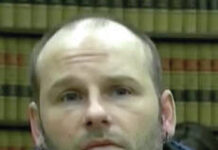 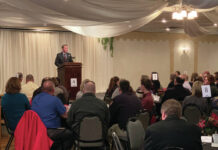 Ohio is on the rise, but workforce an issue