ASSAULT: At 11:13 p.m. officers responded to the 5400 block of St. Rt. 49 S. in reference to a possible domestic disturbance. Upon arrival, officers could hear a male and female arguing in the listed address. Officers made contact with Joshua Johnson and another male and female. Johnson had an active warrant through Darke County for a violation of a court order on an original charge of DUI and had another active warrant out of Miami County. Johnson was placed into handcuffs and searched where officers found two hypodermic needles. Johnson was transported to the jail where he was incarcerated for 20 days without bond.

THEFT: At 11:45 p.m. officers responded to the 1100 block of East Russ Road in reference to a theft not in progress. The victim advised he has been at the hospital since Nov. 18, and when he returned, his black PlayStation 4 was missing as well as an army green controller. He advised officers he had left the apartment door unlocked when he went to the hospital, and he advised his mother is the only other person that has a key and permission to enter his apartment. The apartment door was locked when he got home. Officers observed signs of forced entry on the front door, but was advised the Greenville Fire Department had forced entry into the apartment on a previous date. Due to the other items of value still being in the apartment, no criminal forced entry, and the victim having a history of lying to officers, officers do not believe that anyone forced entry into the apartment and stole the items. The case is under investigation.

TRESPASSING: At 5:35 p.m. officers responded to the 600 block of Washington Avenue in reference to a trespass complaint. While in route, officers were advised that the suspect, Christopher Newberry was in the backyard of the residence by the alley. Newberry was located and issued a citation for criminal trespass, as he had previously been warned.

WANTED PERSON: At 12:07 p.m. officers were dispatched to the 600 block of East Main Street in reference to a wanted person. Christopher Silcott had an active warrant for a parole violation. Silcott was searched upon arrest and twelve small baggies containing a crystal like substance were located in the right front pocket of the pants he was wearing. Officers also located a small baggie of a fine white powdery substance. He was transported to the jail to be held without bond.

ASSAULT: Officers assigned to the Greenville Schools K-8 building were advised two male students were in a fight. Upon further investigation it was learned that the suspect punched the victim multiple times in the face. The victim did not fight back. The suspect was issued a citation for assault, and he was currently on probation. His probation officer was informed of the incident.

STRUCTURE FIRE: At 5:51 p.m. officers were dispatched to the 100 block of Walker Street in reference to an active building fire. Upon arrival, officers noticed the entire building engulfed in flames. A subject, who was later identified as the property owner, was observed standing in the middle of the street next to the burning building. His coat and shoes were on fire. A female witness advised the owner was inside the building using an electric grinder to grind down a piece of metal. The grinding caused several sparks to land on stacks of cardboard that were located inside the building. It was advised that as soon as the cardboard caught on fire, the fire quickly spread up the walls and caught the insulation on fire.

WANTED PERSON: At 10:07 p.m. officers arrived at the 700 block of Hiddeson Avenue to serve a misdemeanor warrant. Paul Deal had an active warrant out of the Greenville Police Department. Deal was observed exiting the building with a bag of miscellaneous items in his right hand, and when officers informed him of the warrant, he dropped the bag and quickly reached into his right pants pocket and threw several items from his pocket into the bag. One of the items was a clear baggy which appeared to have drug residue inside it. He was arrested on the warrant for failure to appear on an original charge of theft with a bond of $475. He was transported to jail, and the clear baggy was collected and placed into property. 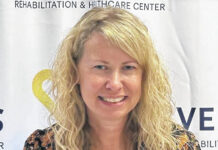